An Introduction To Scaleswap: The Next Generation IDO Launchpad On Layer 2 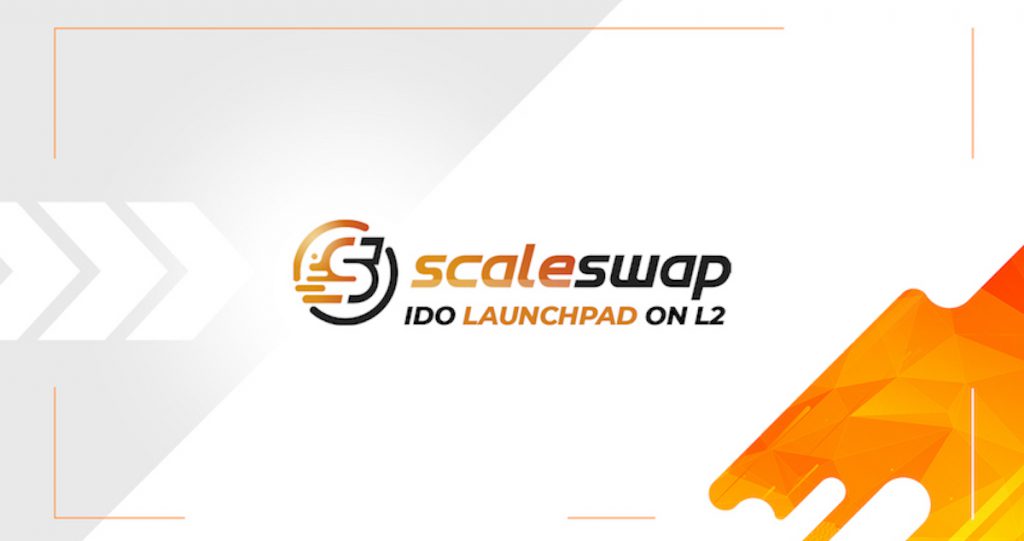 Scaleswap ($SCA) is one of the first few IDO launchpads on Matic, a Layer-2 scaling solution created to help bring masses to the Ethereum platform. The general ecosystem of Matic grew this 2021 with protocols such as launchpads like Scaleswap, which allows users to buy in new Matic projects through their protocol.

However, despite the initial hype, $SCA did not perform up to expectations — its IDO of $0.35 doing only a max of 2x since their public sale and with current token price now almost back to its initial sale price.

Token has not seen a huge growth since inception, and this may be a worrying sign for investors as mainstream user’s perspective of the project’s growth would equate to token price increasing.

Scaleswap was co-founded by Ralf P. Gerteis and Stanislav Stolberg accompanied with a strong headcount of 10 core team members (all doxed) who have experience in numerous other projects

Scaleswap was the first few launchpads over at Matic and boasts of investments from several top tier venture capitalist firms.

This was despite their original $250,000 in seed funding planned, which resulted in an oversubscribed private round of $2,250,000.

Scaleswap wants to set the bar for DeFi by eliminating exorbitant gas prices and reimagining community appreciation and governance with a thorough score system that rewards loyalty and involvement across six dimensions they defined.

In the ecosystem, the $SCA token is extremely important. It is a driving element in calculating ScaleSCORE, which determines your voting power in their forthcoming layer 2 DAO, guaranteed pool participations, unlocking of new features, and also the foundation for weighted airdrops.

Till date Scaleswap have launched 2 IDOs on their platform — Cirus and Torum.

The team knew that most IDO launchpads are not known for its fairness and transparency. As such, they are very community-focused where every piece of input is taken carefully and addressed. Scaleswap provides everyone with the ability to acquire influence in their DAO as well as assured access to launch pools of the highest-quality projects in exchange for their ongoing devotion, regardless of budget.

One of their unique selling points is that they move away from pure lotteries that value only the number of tokens owned to a multi-dimensional loyalty scoring system that allows you to gain assured pool participation over time. Holding SCA token is merely one of six characteristics used to assess loyalty and involvement. This method was created to ensure that their most dedicated supporters are constantly rewarded rather than simply favouring those with the biggest budgets.

Scaleswap’s IDO consists of 2 pools-  a public sale pool and a private pool. The private pool is only for their loyal members who have a certain amount of scaleSCORE. To gain access in the private pool, you need to have yourself ranked within the top few hundreds of the scaleSCORE ranking. The team will investigate the blockchain to calculate and rank each of the whitelisted participants using their scaleSCORE metrics. An excel sheet for the rankings will be published a few hours before the IDO starts. The top few hundreds will have a guaranteed place in the IDO but they will need to participate in the IDO within the first 15 minutes of the sale, or the spot will be given to the next 50 rankers.

To combat against such a complex system where apes would want everything spoon-fed to themselves, the team is building a scaleSCORE calculator as well as ranking system that automatically sorts out users and allows users to calculate on how they can reach the next level as compared to their peers.

Matic has grew in hype of late in September, with more daily active users than the Ethereum network for the first time. This would mean greater potential for $SCA as users growth would attract more protocols to launch at Matic and work with launchpads like scaleswap.

Scaleswap has recently had a partnership with a Nasdaq listed firm (WKEY), an NFT platform partner – WISeKey, which also proves its their strong potential in securing great partners.

At the same time, Scaleswap is working on integrating crucial multi-chain or bridge opportunities in the future, allowing the community to engage in different blockchain ecosystems which expands their reach beyond the Matic ecosystem.

The potential for $SCA is huge with Scaleswap consistently working on building behind the scenes with their partnerships and technology integration, we do see it growing further than just being a launchpad on the Matic network.

Also Read: Good Bridging: The Latest Phenomenon On Avalanche Has Transformed From Token To Community