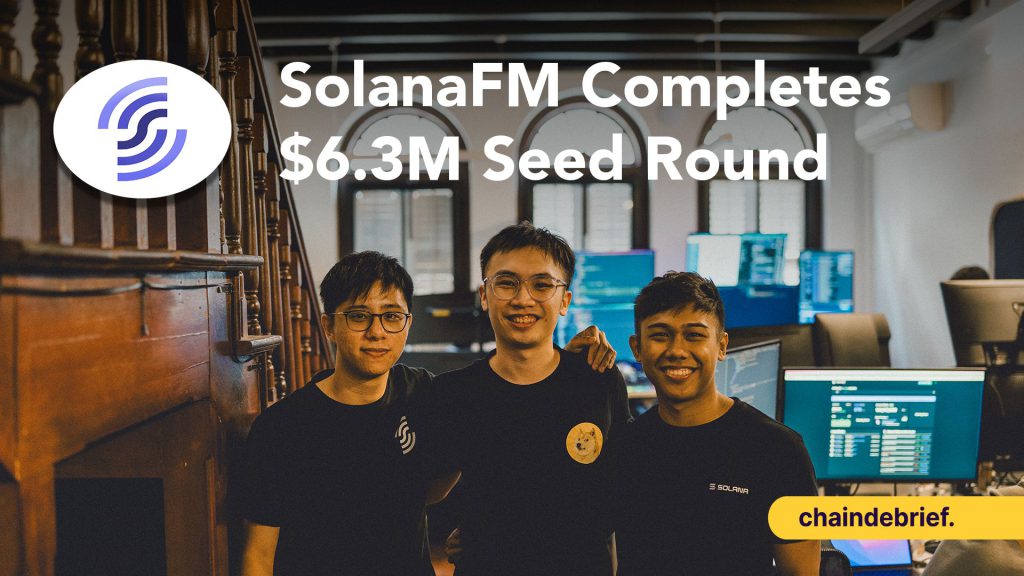 In a press release dated today, SolanaFM, the leading blockchain and analytical service for Solana, announced that they have secured SGD$6.3 million (~USD$4.5M) in a seed funding round.

The round was led by SBI Group’s Digital Asset Opportunity Fund, and included investors such as Zee Prime Capital, Petrock Capital, Spartan Group, Etherscan, and more.

“We want to make data as humanly readable as possible. When the time comes, we will move on toward a multi-chain yet human-centric data approach“

The 25-man strong team at SolanaFM have not let a moment go to waste, despite the bear market.

Just this year, they launched more than 30 integrations with platforms such as Friktion, Tulip Finance, Magic Eden, and more. Their active user growth and innovative mindsets have also attracted partnerships from various sectors within Web3.0.

From GameFi to research, big names are leveraging the blockchain explorer to get a better grasp on the convoluted world of crypto.

Despite their name, SolanaFM is network-agnostic.

While they were initially motivated to build the explorer due to the core problems in Solana, they are also looking to expand past their native ecosystem.

While each chain generally has a blockchain explorer native to the ecosystem, they are usually hard for the average user to read.

Furthermore, with infrastructure growing seemingly more complicated with every new iteration of layer-1s and 2s, having the ability to dig deep in a human-readable way would be a boon to Web3.0 ecosystems.

Also Read: SolanaFM: How These SMU Undergraduates Are Building A Data Source For Everything Solana