The Stablecoin War: What Makes Them Different And Who’s Winning? 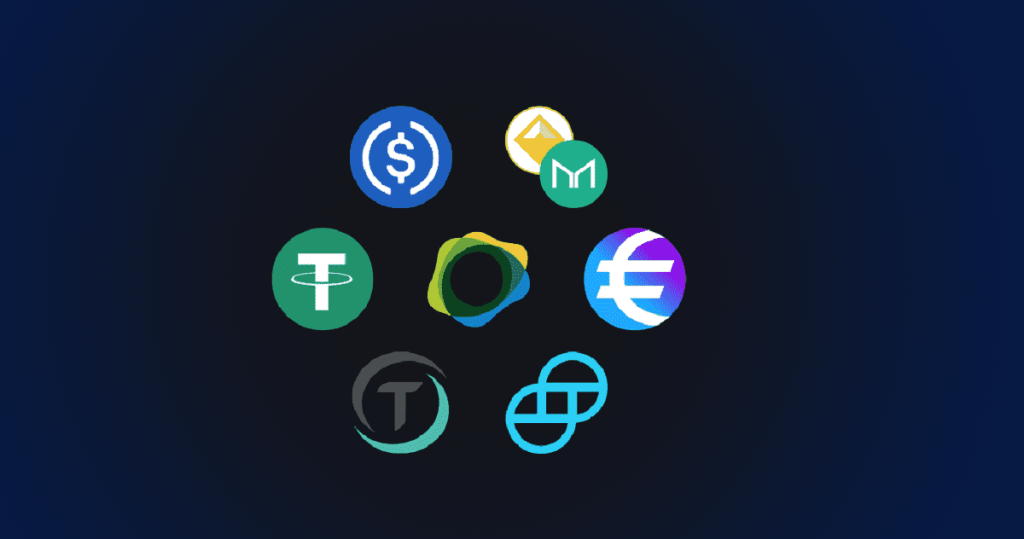 Imagine if stablecoins did not exist. Buying cryptocurrencies would be equivalent to chasing a moving car on foot. By the time your fiat was transferred into a centralized exchange like Binance, your transactions would be based on volatile prices that were hours or even days late (known as slippage).

By mirroring the value of fiat, stablecoins serve as a form of settlement asset that creates a “resting point” between the worlds of fiat and crypto.

It is fundamentally a form of digital currency, which makes them divisible down to as little as 0.000001 cents. This also means that stablecoins do not require a traditional bank account to store, which thereby allows it to bypass onerous banking regulations that cripple traditional banks, enabling users to buy and sell volatile cryptocurrencies much closer to real-time market prices with ease.

The majority of stablecoins are pegged to the USD due to its hegemonic power. However, there are also many pegged to other fiats like the GBP, Euro and more (the XSGD by Zilliqa is an example of a SGD-pegged stablecoin).

The most popular stablecoins used are USDC by Coinbase and USDT by Tether, but there are already more than 50 stablecoins that exist in 2022 today. This article describes the different types of stablecoins, how they work and how they compete against one another.

Stablecoins only serve its purpose if it maintains its pegged value so users can trade cryptocurrencies with certainty of its exchange value. As such, the methods by which stablecoins are backed, and the mechanisms that maintain its peg is what makes each of them different in its competitive edge.

Stablecoins can be categorized into three distinct categories: Fiat-backed, crypto-backed and algorithmic.

Fiat-backed stablecoins are the most common ones that everyone uses when they buy crypto for the first time. The USDT (Tether), USDC (Coinbase) and BUSD (Binance) are the largest stablecoins by marketcap.

In practice however, there is often a lack of transparency around the quality and robustness of these backings. When it comes to traditional banks, we have some degree of certainty over how banks collaterize their assets because of government regulations that bind them to reporting standards and conventions about non-performing loans.

For fiat-backed stablecoins however, its backings are opaque to consumers, and the only thing binding them is their reputation and a credible promise (to be fair, some of these coins are submitted to third party audits by accounting firms).

This means that a bank run is always a possibility, as stablecoin issuers might be issuing out more digital currencies than they have in asset backings.

A popular Bloomberg article titled Anyone Seen Tether’s Billions? chronicles one journalist’s investigation of Tether’s financial backings which are shrouded in mystery. It’s no surprise then that stablecoins have invited plenty of scrutiny from American regulators over the past year.

Crypto-backed stablecoins differ from its fiat-backed counterparts in that they are backed by decentralized cryptocurrency assets. This make it less centralized than Tether, since its backings are not based on fiat dollars or stocks which value is determinent on the mechanics of the the traditional financial system.

However, its drawback is that it lacks price stability and therefore requires overcollaterization, making it capital-inefficient.

The biggest crypto-backed stablecoin by market capitalization is MakerDAO’s DAI. For every dollar of circulating DAI, Maker ensures that their treasury holds >$1 of reserve backings.

Also Read: The First Decentralized Stablecoin Created By MakerDAO: What Is DAI And Is It Still Relevant?

This is so that when price cascades, there is some buffer before the amount of circulating DAI becomes underbacked. DAI’s backing has changed overtime. As of January 2022, its largest backings are in ETH, USDC and WBTC.

MIM is similar to DAI in terms of its overcollateralization model, but unlike DAI, MIM’s collateral consists of interest-bearing assets.

The third type of stablecoins are algorithmic, which harnesses profit incentives to stabilize its peg, making it more decentralized than fiat and crypto-backed stablecoins that require centralized reserve asset management and peg monitoring depending on the token’s market demand.

In practice, this works by being tied to a second token. Take the largest algorithmic stablecoin: Terra’s UST. When UST drops below its dollar peg, Terra wants to create upward pressure on its price by buying UST. Arbitrageurs have an incentive to sell their UST to Terra, because they’re being paid at a fixed 1:1 rate. This means that they get paid back in more LUNA than the amount of UST they gave up for.

Vice versa, when UST rises above its peg, arbitrageurs can sell LUNA back to Terra at the fixed 1:1 rate, thereby gaining UST that they can sell on the open market a profit (Terra does not necessarily burn deposited tokens and deposit it to the treasury for future redistribution).

This way, UST maintains its peg through decentralized means. Because users do not have to worry about what they are backed by, it is fully transparent. What’s the drawback? Because the stability of UST depends on LUNA, which is only valuable if people continue to trust in the Terra dapp ecosystem, UST can lose control of its peg if and when the price of LUNA drops or confidence in Terra is lost.

After all, no one will care about stabilizing UST for a profit if it means swapping into a token that has lost its utility value.The good news is that Terra is far from such a possibility. UST overtook DAI in December 2021, becoming the fourth largest stablecoin by market capitalization.

As of January 2022, the stablecoin market makes up about $172 billion in market capaitalization.

When we zoom in on the top 12 largest stablecoins by market capitalization today, it’s no surprise that fiat-backed stablecoins take up the majority (83%) of the stablecoin market share.

As crypto is still nascent, most retail investors and speculators rely on them the most for trading on centralized exchanges. The largest algorithmic stablecoins were UST, followed by FRAX, FEI and USDN. The largest crypto-backed coins were DAI, MIM and LUSD.

Based on CoinGecko data, the leading stablecoins are USDT and USDC by a long shot. Both saw a sharp increase in market share in 2021. Following the top two leaders in the fiat-backed category are BUSD, TUSD, and USDP.

We know which stablecoins lead in market share. But how well do they hold their pegs? Market capitalization serves as a good proxy for peg stability overtime since stablecoins would be considered unreliable if they were losing their peg frequently.

The problem with this methodological approach, of course, is that it is prone to cherrypicking bias of dates and unpresentative of a stablecoin’s long-run resilience.

To improve the analysis, I copy the same method and create the same data analysis for the 11 largest stablecoins on the 24th January 2022 – the same week that Bitcoin tumbled 24%.

What broad conclusions can we draw from both datasets?

Also Read: Earn Yield From Stablecoins: Where You Can Stake Them And How Much Interest You Can Earn