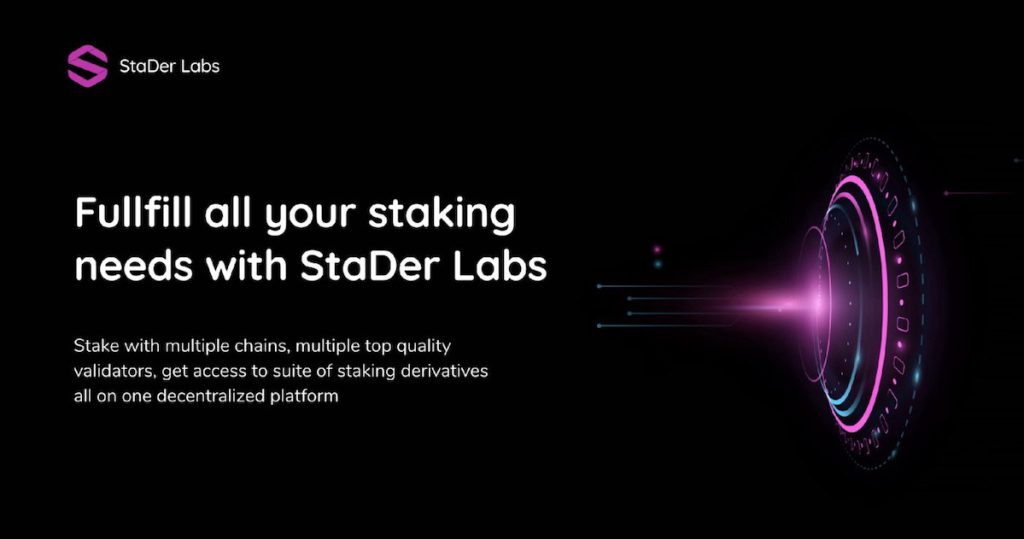 It has been two months since Columbus 5 has gone live on Terra ecosystem’s mainnet. With the upgrade safely behind us, projects have been launching in rapid succession with the promise of airdrops to LUNA stakers. If you are wondering if it’s worth staking your LUNA now, then this article is for you.

Although staking rewards are still very low post-Columbus 5, this is expected to increase by mid-November due to the recent proposal to burn almost 90m LUNA. By how much you ask? According to TFL and Do Kwon’s estimates, staking returns should be in the range of 11-24%, excluding airdrops.

Hopefully, the saying holds true and that good things come to those who wait. But while we excitedly wait for this to become reality, let’s take a look at some of the issues that currently plague the ecosystem, its stakers, and the validators.

We will then see how Stader Labs proposes to solve these issues.

The current state of staking

Firstly, let’s touch on the topic that affects the ecosystem as a whole. As of 4 November 2021, there are 175 validators on Terra.

However, the top 10 validators hold almost 40% of voting power and this goes against what it means to be a decentralized network.

Basically, too much voting power in too small a group gives rise to the potential of collusion which could be detrimental to the ecosystem.

There have been efforts to incentivize stakers to delegate with smaller validators to ensure decentralization. However, I feel that more can be done as the top 10 validators still hold too much power currently.

The next two issues are ones that directly affect LUNA stakers. Firstly, LUNA staking rewards are currently not auto compounded, unlike Pylon or Mirror protocol. The user would have to manually claim it whenever they deem it necessary and then redeposit it again.

Secondly, when claiming airdrops, you would notice that you do not only get LUNA but a whole host of other stablecoins as well. Unless you are staking a large number of LUNA, it doesn’t really make sense for you to swap these stablecoins to UST or any other tokens for that matter. At the end of the day, it just remains as dust in your wallet.

Therefore, the user is unable to fully utilize or maximise their yields in such a situation.

Lastly, there is the potential of slashing. Although it is rare, there may be users who might stake with a certain validator which incurs a lot of penalties for whatever reason thus reducing rewards for the users.

This might spook the user into undelegating their LUNA because they do not know what happened. Slashing is a mechanism that is put in place to discourage validator misbehavior. The penalty occurs when there is downtime by a validator or misbehavior such as double signing. For more details, read this.

Lack of visibility for validators

The last issue is more pertinent to validators and that is the issue of visibility. As mentioned above, there are at least 175 validators but how would users know which are the good ones?

More often than not, users view the ‘good’ validators as the ones with higher voting power. Because after all, there seems to be safety in numbers. Some of the more well-known validators include Orion.Money which promised a large genesis airdrop for staking with them or hashed, who are a team of VCs based in Seoul focusing on blockchain tech.

However, that isn’t always true. Smaller validators could be equally reliable but the lack of information and the complexity in comparing validators prove too much for the average user to compare and contrast.

At present, these issues do not seem to be much of a threat. However, if left unchecked, the centralization problem could diminish the sustainability and security of the network.

Also, we do not want stakers to be turned away by the lack of efficiency in claiming of rewards or slashing penalties. With that, Stader Labs which is expected to launch on 20 November is here to reinvent the staking experience.

Stader is one of the latest protocols to launch post-Columbus 5. Its overarching aim is to simplify the staking experience for Terra users while offering the best risk-adjusted return.

This is done on top of ensuring decentralization in the ecosystem at the same time. Fundamentally, how this would look like is that Stader will come up with a few pools. Each pool will be made up of around 3-8 validators based on certain criteria. For example, one such pool could be a Blue-Chip pool which is made up of validators with the ‘best’ metrics. Some of the metrics include validator commission, self-delegation, and uptime among others.

There will be about 4-5 pools at launch with a simple and clean UI for users to choose from. I believe the initial pools are made up of validators that have been manually filtered.

But in the long run, the validators in each pool will be selected via an algorithm and rebalanced based on performance filters. The parameters will be agreed upon by governance votes.

This concept of having different pools benefit stakers in two ways. Firstly, it eliminates the need for the user to research on which is the “best” validator to stake with. To begin with, node selection can be a highly complex process and the majority of users may not have such expertise or technical knowledge. This is compounded by the limited amount of information available on validators.

Secondly, by virtue of staking with a pool of validators instead of one, this minimizes slashing and offline penalties since this risk is now spread out.

With the economies of scale that Stader can provide, it also makes claiming of rewards cheaper and more efficient. The dust we talked about earlier? That will be converted to LUNA and restaked.

This, along with auto compounding, allows higher returns of up to 25% according to Stader. As an example, if the current staking returns are 5%, this methodology will allow you to earn up to 6.25% before fees.

Another benefit that they will bring to the table will be the introduction of liquid staking tokens. This is basically a receipt token that you receive when staking your initial token.

This is much like Lido finance where you will receive stETH by staking ETH with them on a 1:1 basis. The benefit of this is that your receipt token can then be used to earn yields on another platform! I’m personally most excited about this feature. While it will not be available at launch, a recent tweet says it will be up by end of November. Also, do bear in mind that you would need to be a participant in V1 to get access to V2 features.

The benefits mentioned above are by no means exhaustive but are the ones that I feel bring the most direct utility to us as stakers. For a deeper and more holistic understanding of what Stader aims to do, feel free to read their litepaper.

All that I have touched on is just the tip of the iceberg and the very direct benefits that we, as end-users, get to enjoy. However, Stader has a long runway ahead and they are only just getting started. Apart from rolling out their service on Terra, they have plans to do so on other PoS blockchains such as Polygon, Polkadot, and a few others.

They are also actively trying to develop a staking infrastructure for all PoS networks so developers can leverage it and build further applications from there. This architecture would allow flexibility for developers to add new features and streamline it for their own dapps. The end goal for Stader would be realized when every upcoming blockchain leverages them to build its staking infrastructure.

The ambition of the Stader team is huge and they have a lot of plans in store in the upcoming years. I hope they will be able to achieve all these as their success would be a success for the wider Terra ecosystem as well.

But for those more focused on direct benefits, I think it will be worth considering staking with them as opposed to how staking is currently done.

As always, this is not financial advice, please read up more and DYODD before making any financial decisions.

P.S. Stader has released the details for community farming which commences on 20th November

Also Read: A Primer On DAOs – Are Decentralized Organizations The Future?