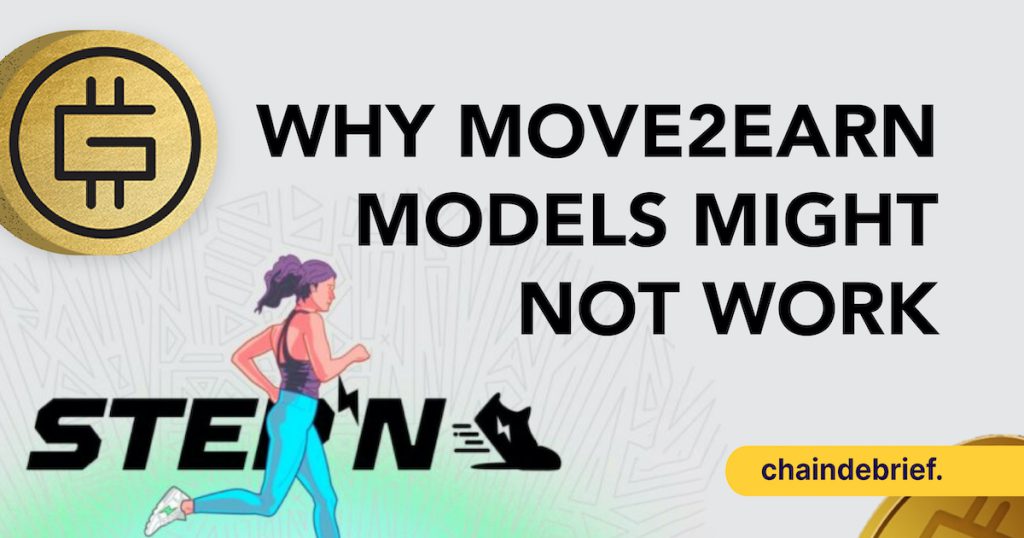 Today we explore the world of various earning models within the NFT space. Notably, Play-To-Earn or Move-To-Earn models work by rewarding NFT holders with the “reward” token. I delved into the Move-To-Earn space with a lifestyle app which is built on the Solana network called STEPN.

Now there is a potential risk you have to undertake when participating in NFT games. These are in regards to the fluctuations of reward token prices as well as the need for demand in order to fuel a sustainable project.

Unlike the equities market, you get quarterly financial reviews but for most of these games, they are truly based on supply and demand.

Understanding these risk and implementing “safety nets” opens up an entire industry where individuals could find an alternate source of income. Instead of running the rat race, you literally can run for a living.

In this article we examine the connections between the supply of the NFT, the demand and the price and draw references to the latest Move2Earn game, STEPN.

According to its website, STEPN is a Web3 lifestyle app with social-fi and game-fi elements. Users can make earnings by running, jogging or walking outdoors.

Like Axie Infinity, STEPN employs a dual token system. GST, its in-game currency, is much like Axie’s SLP. That is, its supply is uncapped and will be used as a medium of exchange and can be used (burned) to breed, upgrade, or repair sneakers.

GMT, its governance token, is much like Axie’s AXS and will have a fixed supply of six billion tokens, to be distributed over time.

However, many GameFi ecosystems face the problem of sustainability. While many games are able to garner that initial user spike, growth will inevitably eventually plateau.

For games without a strong community — one that’s invested in the actual game — the ecosystem will collapse.

Here’s why STEPN’s Move2Earn model may not work, despite its efforts to sustain the economy.

Any play to earn model’s supply starts with a small pool of NFTs during Phase 1. Assuming a daily inflation rate of 5% in a pool, it will get more difficult as a larger number of users will be needed as traction and demand for the NFTs starts to rise.

If your play to earn game needs new investors to supplement rewards to existing investors, it is probably a ponzi scheme. So are all P2E a ponzi scheme then?

Is STEPN a ponzi?

Similar to axie infinity, STEPN utilizes the idea of Move2Earn yet many denounced it to merely to be a ponzi scheme.

STEPN implements measures to control the number of players and amount of activity n the economy. The first is through an activation code players require to play the game and secondly an energy system to limit how much a player can earn.

The virtual shoes you need to earn rewards also need to be repaired regularly and the barrier of entry is relatively inaccessible for those unfamiliar with cryptocurrency a pair of shoes is very expensive.

There is no doubt this entire model for STEPN would only work if there are players who invest their own money into the game and if there isn’t, we will enter phase 2: The inflection point.

We reach the inflection point once the earnings players withdraw is higher than the inflow of capital into the game.

At the inflection point, the pool of money these play to earn models utilizes to issue rewards for users will be drained at a faster rate than the inflow of capital. Basically the supply being too much for buyers to scoop up.

We all know basic economics and where there is an oversupply, the prices of the tokens will then start to fall. Depending on how fast that scenario plays out, we could see projects start crashing and burning very quickly.

Even if the demand was the same every day, because the supply increases exponentially, the price will inevitably fall.

Once the price starts falling like crazy demand starts to tank too, exacerbating the issue.

When the game is able to create a sustainable source of revenue to meet the demand, the survivability will be long lasting and prosperous for its users.

In my opinion, what STEPN is doing in merging Web3 technology with the theme of active lifestyle is far beyond any other game in the market. The value comes when people are getting out of the house in adopting a more active and healthy lifestyle (at least it did for me).

We might not see the inflection point for STEPN in the near future as the mechanics of the game gives higher rewards users when they play over a longer period of time. This can be seen in the various token burning mechanics the app imposes.

This begs the question, will we ever see the inflection point or does the burning mechanics prolongs it?

In terms of sustainability, once STEPN can onboard advertisers who are aligned with the general business model involving running walking and jogging, there will be able to move away from the ponzi like structure.

Their latest collaboration with one of the biggest sportwear company, Asics, backs my point, but let’s think bigger. Think about partnerships with the trillion dollar health industry insurance providers to enable players to “earn” money by paying less for insurance.

When will the bubble burst?

No one has an answer to that, the bulls think this revolutionize is the future but bears peg the game a ponzi with many tricks up their sleeves.

My two cents of the game is a step to newer and creative innovation within play2earn games as a whole.

I’m no developer or expert economist but in stopping catastrophic failure of these P2E models there is a need for certain levels of burning mechanics for tokens/NFTs, a way to reduce inflation rate before the inflection point and the team to be proactive with monetary policy.

Till you decide if any of the Play2Earn games work for you, I will continue to run and earn US$70 with just 10 minutes of running daily.

[Editor’s Note: This article does not represent financial advice. Please do your own research before investing. This article was also adapted from @spacepixel on twitter on a thread regarding P2E gaming models]

Also Read: Are NFTs Useless? Here Are 4 Utilities That NFTs Can Bring To Their Communities