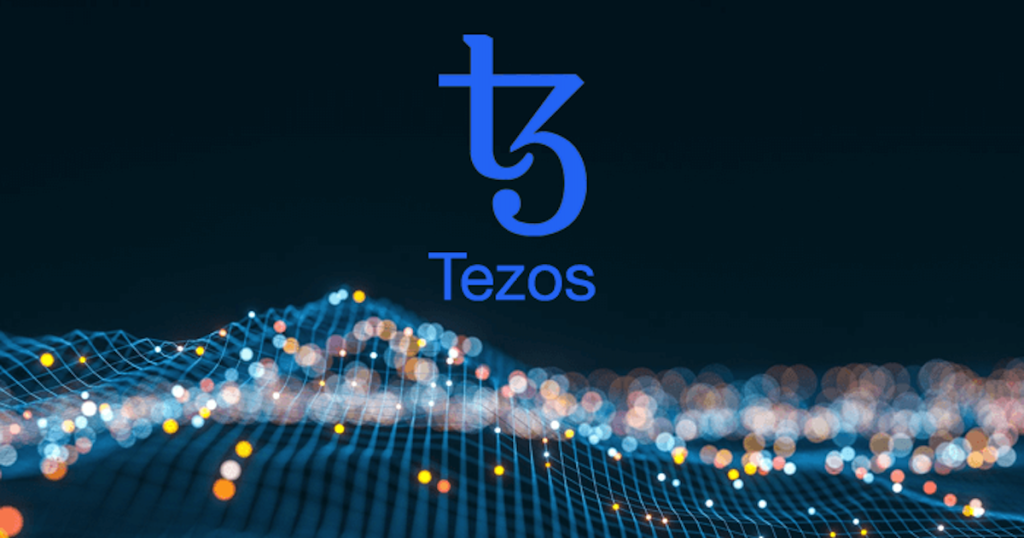 As popular interest in NFTs have continued to take off, attention has primarily focused on the Ethereum blockchain, as well as incumbents such as Solana, as artists and coders have consolidated their efforts on building in these chains.

At the same time, a lesser-known blockchain has been building up strong presence and activity as a preferred network for emerging artists — Tezos.

Most recently, Tezos announced that it will be presenting an NFT exhibition at Art Basel Miami Beach 2021, one of the premier global art events annually.

So what is Tezos, and why should you pay attention to it?

We delve deeper into the colored history of the blockchain, which was one of the earliest incumbents that emerged in the scene alongside Ethereum, but which experienced a different trajectory of growth to its more popular counterpart.

A brief history of Tezos — rise and fall

The Tezos blockchain was first proposed by Arther Brietman, a former Waymo engineer, in a whitepaper published back in 2014, with its mainnet going live in September 2018.

The key differentiation of the Tezos blockchain at the point was its focus on achieving consensus using a liquid proof-of-stake model, with an on-chain governance structure enabling future upgrades and changes.

In particular, the latter is critical in enabling the Tezos blockchain to avoid hard forks in proposed upgrades and changes, bringing greater long-term stability to the blockchain in its evolution.

The promise of greater energy efficiency, reliability, and high speed of the Tezos blockchain enabled the Tezos Foundation to raise USD232 million in July 2017 to build out its network, with the fundraising round one of the largest Initial Coin Offerings (ICOs) back in the day.

However, the successful ICO was followed by a series of legal disputes and public disagreements between the founders of the Tezos and the Tezos Foundation, which had been set up as an independent entity and which handled the actual fundraising process.

This led to delays in the launch of the Tezos blockchain, and also eroded significant value from the native token of Tezos, XTZ.

As seen in the price chart above, the price of the XTZ spiked to a high of USD10.56, before crashing down to a low of ~USD0.35.

The public nature of disputes called into question the future of the blockchain at the time, with the token trading from July 2018 all the way into November 2019.

Despite the ongoing legal issues that escalated between the founders of Tezos and the Foundation, popular interest in the blockchain began to return in 2020, in line with the market surging during the ‘DeFi Summer’ of 2020, when an explosion of activity and investments took place in the DeFi space.

In September 2020, the legal disputes that had captured much public attention were also resolved in favor of the Tezos founders, bringing an end to a prolonged chapter in the blockchain’s history.

Tezos has benefited from a number of high-profile corporates announcing plans to build on the Tezos network, or raising funds directly via the Tezos blockchain, such as Logical Pictures and Exaion.

In March 2021, Groupe Casino, the largest mass-market retail group in France, announced the creation of a Euro stablecoin which was built on the Tezos blockchain.

One of the most significant developments on the Tezos blockchain has been the launch and proliferation of the NFT platform Hit Et Nunc (known as ‘HEN’).

Formally launched in March 2021 by Rafael Lima, a Brazilian social scientist, HEN has grown to become one of the most popular platforms for emerging and established artists to showcase their works as NFTs.

In fact, it is difficult to argue against the fact that the collections on Tezos represent the most vibrant artistic community outside of the Ethereum blockchain.

For example, almost all the NFT collections which have been launched on Solana to much hype and popularity have been profile picture collections (PFPs, usually dropped with a supply of 10,000). The same can be said on other popular blockchains such as Binance Smart Chain (BSC) and Avalanche.

On the other hand, the NFTs and collections on HEN are more focused on artists in particular genres who are interested to showcase their work and participate in the new digital economy of NFTs.

Some of the most established artists have chosen to focus on HEN as a platform to showcase their work. One of the most prominent artists in this category is John Karen, whose Window Still Life collection has elevated him to one of the most sought-after digital artists.

Why is this significant?

With the proliferation in NFT collecting and investing, the Tezos blockchain is certainly one that users should look out for, particularly in the realm of exploring and collecting NFTs. The HEN ecosystem remains one that is relatively overlooked by the public, despite the great variety of digital art that is on the platform.

On the other hand, returning interest in the Tezos blockchain has also led to a dramatic recovery in the price of XTZ. As shown in the year-to-date price chart above, XTZ has seen ~350% price gain from its trading price in Jan-21.

The speed and reliability of the Tezos blockchain will also put it in good stead to continue growing its ecosystem in decentralized applications (Dapps).

Despite increasing competition in the current multi-chain world, the revival and resurgence in interest in Tezos has been a remarkable story. The continued growth of the burgeoning artistic community on Tezos may also position Tezos as the most likely alternative for NFT proliferation outside of the Ethereum network.

Interested users should definitely look to get started on Tezos and begin exploring Tezos Dapps, before everyone else is in the know!

Also Read: A Review Of Nexus Protocol – The Defender of Assets And Supercharger Of Yields