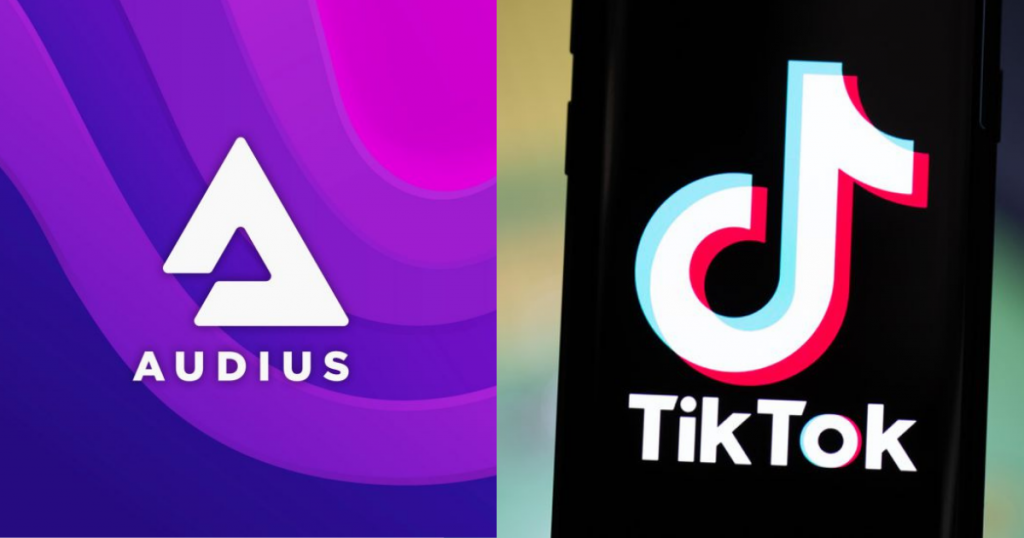 Audius said it had partnered with TikTok in the creation of a new feature called TikTok Sounds, in its announcement on Twitter.

In an interview with Rolling Stone, Audius co-founder and chief product officer Forrest Browning said that the integration will allow users to export songs created with the protocol to TikTok with one click, in an effort to streamline the process.

Any artist can take a song they already have on Audius and just export it over to TikTok in one click. While there are already ways to get music on TikTok without help from a streaming platform, the process is clunky. Teenagers producing in their bedrooms might not even have distributors, and a common way that unsigned artists get their stuff up there right now is by holding their phone up to a laptop while it plays their song, and they add it as background music. It’s not great.

This July, Tik Tok shared that 75 percent of its 732 million active users say they discover new music on the app. This represents a great, untapped market for Audius.

Since the announcement, the AUDIO coin had soared almost 80% in a day and hitting a high of $3.11 per coin from just $1.60 the day before.

The music industry is a multi-billion dollar industry, and over the past decade, we have seen it shifting to the digital world thanks to the rise of music streaming sites such as Soundcloud and Spotify.

The problem with centralized platforms that musicians work with is that it may take a long time before a musician is able to receive their revenue cut of their music from such platforms.

Even when they receive their final revenue cut, majority of the revenue would have passed through other middlemen, with costs such as management fees, production costs, marketing cost, platform fees.

Audius was created to fix this problem, and is owned and controlled by a decentralized community of artists and fans.

Musicians can use Audius’ streaming platform to interact directly with their fans. Beyond just releasing their tracks on Audius, musicians can also create exclusive content and NFTs on Audius.

Currently, there are more than 100,000 artists with music on Audius. Some of the biggest names with tracks on the platform include Skrillex, Weezer, deadmau5, Russ, Mike Shinoda, Diplo, Madeintyo, Odesza, Disclosure, Alina Baraz, and Wuki.