From Theta Network To Vulcan Forged: Here’s a Look At The Top 5 Metaverse Coins For 2022 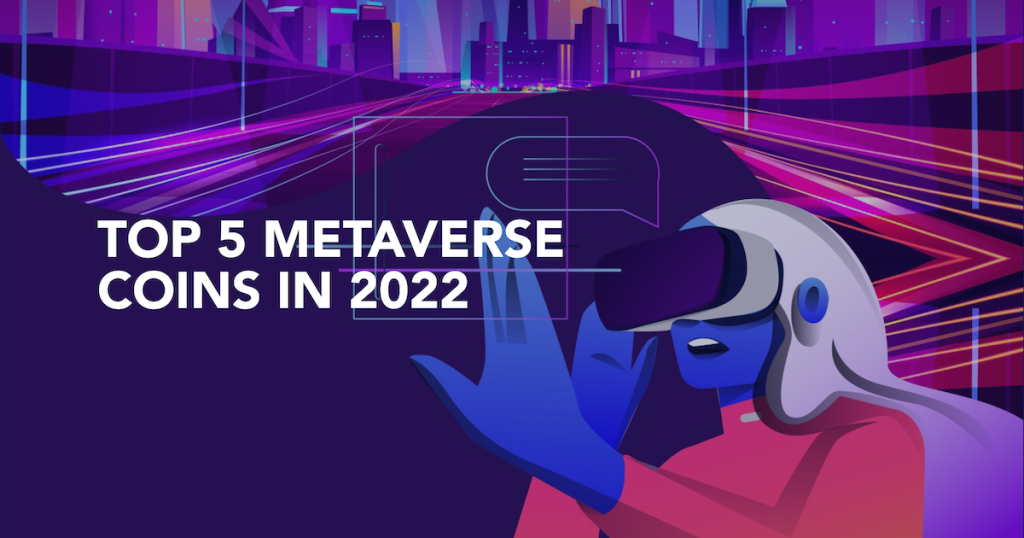 Grayscale, a leading crypto investment giant, published a 19-page report on the metaverse and detailed how it is a trillion-dollar market opportunity. The paradigm shift to Web 3.0 and the metaverse could see the disruption of Web 2.0 companies.

The immense potential has led to Web 2.0 tech giant Facebook to rebrand itself to Meta and embrace the metaverse.

The growing interest and investments in the metaverse space would kickstart much innovation and has the potential to transform the internet economy at large.

Here are the top five metaverse coins that could potentially 10x in 2022:

Theta Network was launched in 2018 and is a decentralised video delivery network.

With notable big partnerships and investments from companies like Samsung and Sony, Theta can be considered as a relatively safe play in the metaverse space.

$THETA is currently trading at US$4 per token at a market cap of US$4 billion. With mainstream adoption of Theta and an increase in content creation, $THETA could easily reach its all-time high (ATH) of US$15.

While Theta has seen better days, its immense potential to flourish in the metaverse is something not to be taken lightly.

Also Read: What Is Theta Network, The Decentralized Streaming Service Turning Your Bandwidth Into Profits

Enjin is a decentralized platform that allows users to create and manage NFTs on the Ethereum blockchain. Enjin boasts a big community with over 20 million users across more than 250,000 gaming communities.

NFTs created using Enjin platform will allow integration with several gaming platforms and users can use it across multiple games. With gaming being a core part of the metaverse, sooner or later AAA game studios would partner with Enjin to create their own NFTs.

Enjin is currently undervalued at US$2.4 with a market cap of US$2 billion. Mainstream adoption of the metaverse would open the floodgates for projects to work with Enjin, which makes it possible for Enjin to 5x or even 10x.

Furthermore, Enjin launched Efinity, a cross-chain NFT superhighway, which has already established partnerships with over 70 ecosystems to build a decentralized metaverse on Efinity.

Efinity will pave the way to be the next-generation platform for the metaverse.

Chromia, previously known as Chromapolis, aims to solve the scalability issue of decentralized applications (dApps). It solves the shortcoming by combining blockchain with relational databases.

This innovation enables a new generation of dApps to scale and while being cost-effective.

Many existing applications have already leveraged on Chromia’s unique technology to create infinitely scalable Dapps. From metaverse games to DeFi, and even fintech companies.

Chromia is currently trading at US$0.65 at a market cap of US$368 million. There are a lot of upsides of holding $CHR as its potential is not limited to the blockchain space, and it is also able to provide enterprise solutions.

As the metaverse grows and matures, the importance of scalability increases. Projects would turn to Chromia for its solutions. This would drive demand for Chromia’s ecosystem and the token could 10x in the near future.

UFO Gaming is a multi-chain dark metaverse play-to-earn game with a closed-loop economy. It also encompasses a range of Decentralized Finance (DeFi) applications like staking and farming.

What set UFO apart from its competitors is the design of the ecosystem. It is a collection of games where every game will have its own planet. UFO does not rely on a single game to succeed and this diversifies the risk of failure throughout the economy.

It also has multiple strategic partnerships under its belt. From Merit Circle, an established Gamefi guild, to eSports giant, Horizon Union. The team is also targeting AAA studio to develop games in the dark metaverse.

It is currently trading at US$0.000024 with a market cap of US$626 million. Once the first game, Super Galactic, is released, it should gain the momentum it needs to lead the metaverse race.

With the many more games and functions planned for 2022, all it needs is one crowd favourite for $UFO to 10x.

Last on the list is Vulcan Forged, a blockchain gaming platform. Vulcan Forged is one of the pioneers in the play-to-earn field.

Not forgetting that other than VulcanVerse and Block Babies, the other four games are extremely accessible considering it’s a mobile game.

While other games only focus on one genre, Vulcan Forged has a whole working ecosystem with a variety of genres from multiplayer online role-playing game (MMORPG) to trading card games.

Vulcan Forged is staged for success with its own unique system and well-established play-to-earn model. With that being said, it is still undercovered at the moment and all it needs is a bit of traction to start snowballing.

Vulcan Forged is currently valued at US$17. With its functional ecosystem and strategic partnership, it has the ability to 10x from where it is right now.

Bottom line is that in the current landscape, any projects with potential will be able to see high valuation. But as it matures, the space would start to consolidate and only projects with real value and solid business models would be able to withstand the test of time.

[Editor’s Note: This article does not represent financial advice. It is important to do your own due diligence and invest wisely.]

Also Read: The Metaverse: What Exactly Is It, And Are Metaverse Tokens A Good Buy For 2022?