Unpopular Opinion: We Should Continue To Trust Crypto Thought Leaders 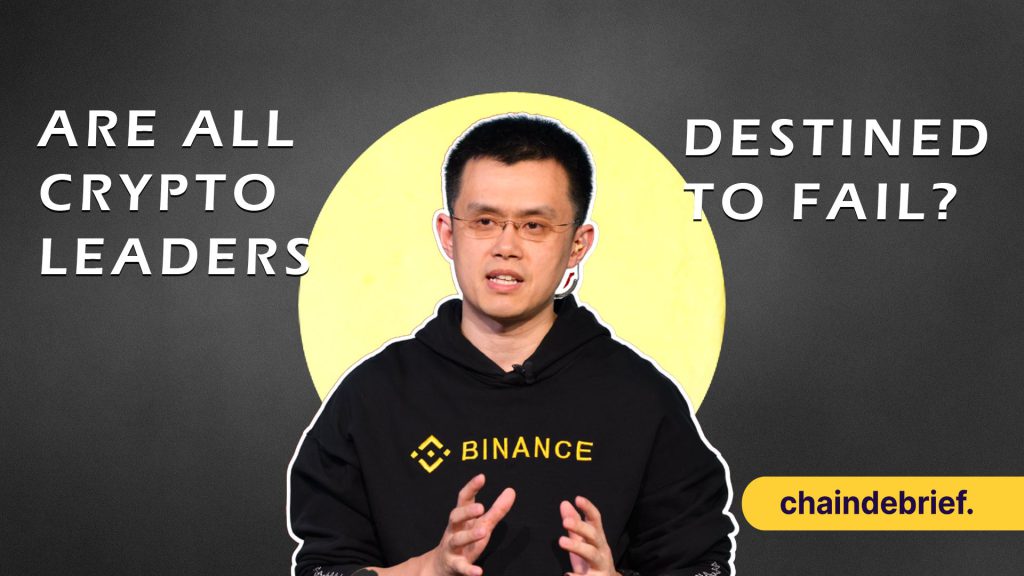 These are just some of the names that have collectively cost investors billions of dollars. Be it outright fraud and deception in the case of FTX, or misguided bullishness and arrogance from 3AC and Terra, crypto has been quick to outcast once prominent leaders – and rightfully so.

After all, FTX and Terra were marketed just short of a bank account, and Su Zhu bull-posted the top with 5 digit $ETH in mind.

So why should we still have to trust anyone in crypto?

Who Are Crypto’s Current Thought Leaders?

Crypto thought leaders should have several qualities to them. Most importantly, they should hold some level of influence within the crypt ecosystem and be actively participating in the space, not simply speculating.

The most obvious example would be ChangPeng “CZ” Zhao, Founder and CEO of Binance.

While some may have cast him as a villain in the FTX saga, CZ has always portrayed himself as a humble, hardworking person that values the core tenets of Web3 – messages that trigger flashbacks to SBF’s “effective altruism”.

Other thoughts leaders include Ethereum’s Vitalik Buterin, Polygon’s Sandeep Nailwal, Avalanche’s Emin Gün Sirer and many more. From protocols to exchanges to entire blockchains, a simple tweet from any one of them could go on to create a lasting effect in crypto.

Though current consensus may be to simply disregard any statements made my thought leaders, there is a lot to lose should we continue to live in fear and distrust.

This bear market has not only been harsh, it has been swift.

Since the fall of Terra, goliaths in the Web3 ecosystem have been collapsing non-stop, with more sure to come. Be it “sophisticated” hedge funds or supposedly trustworthy custodial services, anyone engaging in illicit behavior has been repeatedly thrust into the spotlight, and bankruptcy courts.

Despite this, two major silver linings are present.

The need for crypto companies to declare their official holdings and show that all client funds are appropriately collateralized has taken the crypto world by storm.

With Nansen working with most major exchanges to display “Proof of Reserves”, a return to transparency has become of utmost importance, something we should have prioritized from the start.

While this is more than likely a practice that will be forgotten once the bull market returns, setting it as industry standard now will help to weed out suspicious centralized entities that refuse to show their reserves.

After all, any decentralized protocol can have their treasuries vetted on the blockchain itself.

Don’t Let innovation Be Stifled By a Few Bad Actors

Every paradigm shifting industry will face its share of villains that make it to mainstream media and tarnish its reputation.

But for every villain, there are hundreds, if not thousands of individuals working to further the industry, attempting to revolutionize the world at large. Approaching them with skepticism just because of recent events would only move to jeopardize their potential.

Even major investors in the space who chose unfortunate projects have been receiving increasing amounts of flak, regardless of their intentions.

However, can we really blame the average crypto user?

VCs made 1000x gains during the bull market, our heroes quickly became our villains, and many lost their life savings to “trustworthy” companies. After all, when major collapses happen, it is often the little guy that gets wiped out, and not the big companies that have a large amount of diversified capital.

In fact, the small accounts are usually the ones with blind faith, putting their trust in virtue signaling leaders that seem to be abreast of their competition. It will be hard to convince those still here that not everyone left is a bad actor.

For example, one of the worst-hit ecosystems from the FTX fallout has been Solana, due to its strong ties to SBF. While the network had its fair shares of scandals during the bull market, FTX’s implosion has caused many both within and outside of the community to quickly turn on it.

However, the astounding array of talent within the Solana ecosystem, who simply want to build and further the blockchain cannot be denied. From blockchain explorer Solana.FM to y00ts, who are trying to revolutionize how we think of NFT IPs, there is hardly a lack of aspiring builders on the network.

Regardless of whether you entered crypto for the ideology or the monetary gain, it would likely be against your best interest to dismiss an entire sector of innovators that have taken the risk to work on Web3 projects.

Trust is a two way street. While it will be undeniably difficult to gain and retain users in the near term, the onus lies on crypto thought leaders to address any doubt and call out potential bad actors, instead of leaning on them to further their goals.

Users, on the other hand, have to retain some of the skepticism etched into them by negative events, and remember not to blindly trust anyone, especially when they try to reassure investors with an iteration of “steady lads”.

An exciting example that arose in the wake of FTX’s implosion involved a coordinated bank run on exchanges to test their reserves. Even if users manage to pull such a coordinated event only once, it would surely make every exchange double check their approach to handling customer funds.

Also Read: We Used On-Chain Data To Look Into Binance’s Proof Of Reserves