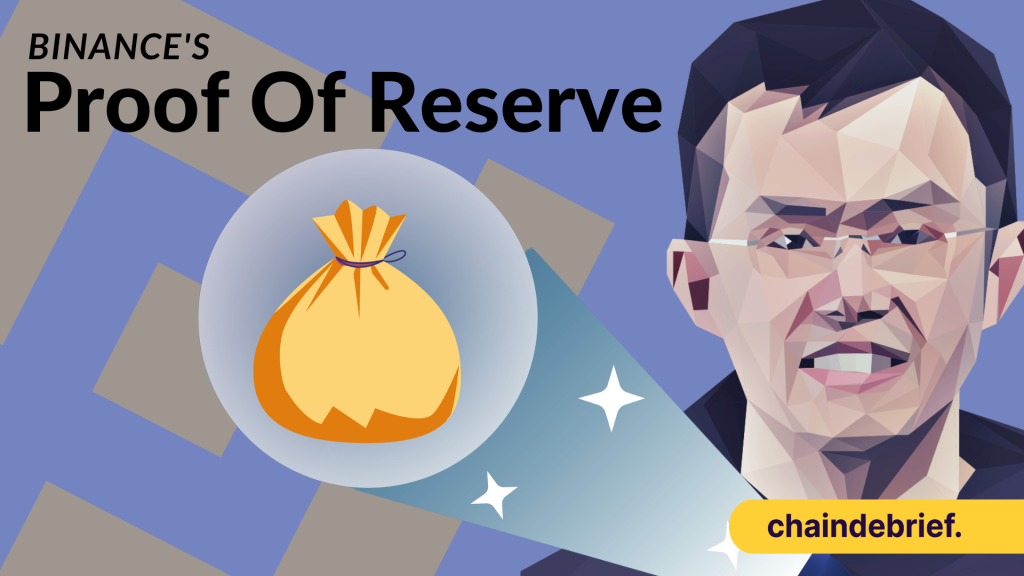 A report from Coindesk published an article on Binance’s Bitcoin reserves, stating they are overcollateralized. The last time Coindesk published an expose relating to a particular centralized entity, it saw its downfall, along with the crypto market. So there is some gravity in what could transpire if the claims Binance made about misusing customer funds are true.

If they want to withdraw their Bitcoins, they actually can.

But before diving into all that, we first need to define what Proof of Reserves is.

According to Kraken’s CEO, Jesse Powell, on Twitter, proof of reserves audit must have

The proof of reserve report did not show assets or total liabilities but was limited to bitcoin assets and liabilities.

In my opinion, sometimes, reputation in crypto is not enough. I find it hard to believe words because FUD could be generated by anyone spiteful, yet it could be the greatest signal if you take the necessary precautions quickly. This pertains to alphas too.

So what can we do? FTX taught us that there is always a chance humans will be swayed by greed; no matter how small the percentage, there’s still a possibility. Instead, we refer to a premise of crypto, which may reveal the truth with actual transactions.

We tap on data from CryptoQuant and get to the bottom of the situation.

Comparing Binance’s liabilities stated in the report to CryptoQuant’s on-chain metric: Binance BTC Reserve, it was found that Binance’s reported liabilities are very close to what we thought they would be (99%).

Can we trust the PoR report?

But the short answer to the header above is that we don’t have to.

While many quickly criticized that the audit was not official and, instead, an “agreed upon procedure”. This meant that the Proof-of-Reserve report’s calculation of assets and liabilities was performed and was requested by Binance and not a fully proper audit.

CryptoQuant’s estimate of Binance’s BTC reserves estimates the exchange’s liabilities, as they are calculated by clustering BTC flows from customers’ wallets to Binance’s exchange wallets.

To look deeper into this segment, we have to compare the evolution of BTC and ETH reserves to those of FTX.

Data here suggests that Binance’s growth over time seems more organic, with fewer upside and downside swings than those of FTX.

FTX had many in/outflows related to non-FTX wallets; reserves had dropped significantly (-93% in the case of stablecoins) days before the collapse. However, Binance BTC reserves are still up 4% since the FTX crash, while reserves for ETH and Stablecoins are down 6% and 15%, respectively.

Wait, how about Binance’s stablecoin, BUSD?

First and foremost, Paxos is in charge of the custody and issuance of BUSD, issued on the Ethereum network.

Regulated by the New York state department of Financial Services, BUSD is 100% backed by reserves held in either Fiat cash or accounts that insured US Banks or US treasury bills.

On-chain data shows that the overall supply of BUSD is equal to the sum of the supply of Binance peg USD on other networks.

How much of their tokens do they hold?

A significant factor in the fall of SBF’s empire was contributed by Alameda, holding large portions of FTX’s native token, $FTT, on its balance sheet.

In this light, the impetus of looking into exchanges holding their tokens might give you insight into how much exchange assets are represented by their token.

According to CryptoQuant, the clean reserve metric is the % of total reserves not represented by the exchange’s token. The closer to 100%, 5the better.

It shows that Binance’s score is almost 90%, while most exchanges are above 90%. Kudos to Bitfinex and Huobi, though.

While we are undoubtedly uncertain, protecting yourself should always be a priority regardless of whether the FUD turns out true or false. This can be done at the expense of a $5 gas fee; I’ll darn say it’s a worthy cost to pay.

This entire fiasco also made me a stronger believer in decentralization products. This area still needs work, but it serves the people, giving them the custody we all deserve.

Also Read: Top 3 Decentralized Platforms As An Alternative To Trade On FTX