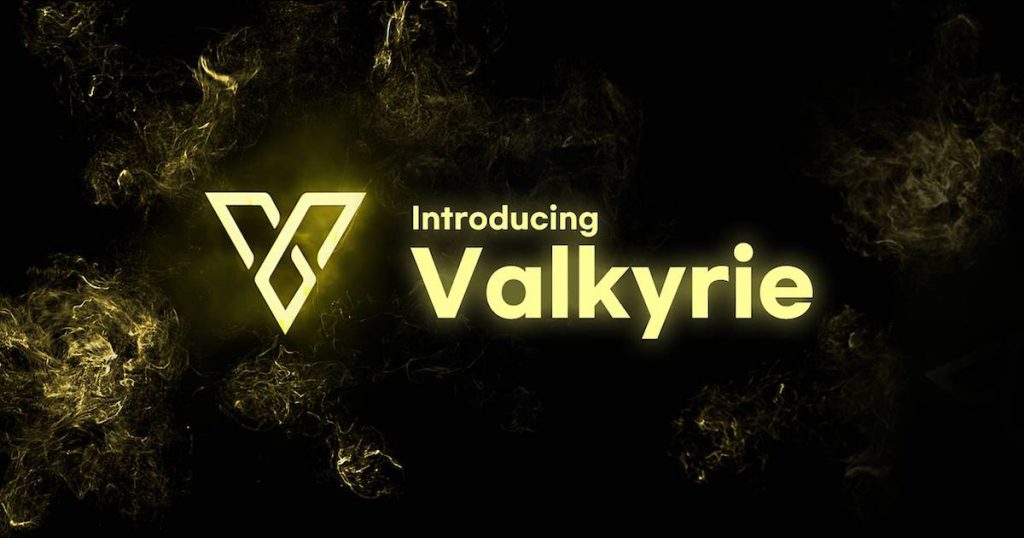 If you often share referral codes with your friends to earn additional rewards, Valkyrie Protocol will be interesting to you.

Valkyrie is a decentralized rewardable ecosystem on the Terra blockchain, aimed at maximizing sharing and participation among campaign creators and participants alike. Simply put, the protocol offers rewards to incentivize social referrals and actions.

The goal is simple – as new projects on the Terra ecosystem launch, they will want to amplify their reach and attract large numbers of users to engage with their protocol. Valkyrie helps them achieve this.

There are three main groups of stakeholders in the protocol: campaign creators, campaign participants, and campaign referrers.

First, introducing the campaign creators. This is a new team that wants to raise awareness and increase usage of their project. They can do so by creating a new campaign on Valkyrie, creating a reward pool with both Valkyrie’s tokens VKR, and their native tokens.

They can also indicate specific definable eligibility criteria to the campaign, to induce specific actions they want to reward. If successful, they can then start attracting interested participants to engage with their project, to earn these rewards.

Next, the campaign participants. When the participant of the campaign fulfills the required actions and criteria, he will receive a predetermined reward. This will typically be in the form of both the new project’s native reward, and/or VKR tokens. Pretty straightforward.

Another interesting note is that someone can be both a campaign participant, and a campaign referrer. This allows the user to stack multiple rewards for greater gain.

Finally, the campaign referrers. The referrer that introduces this participant to the campaign also earns VKR token rewards upon a successful referral. Win-win!

There is also an element of cascading rewards, where you can earn rewards based on your referee’s referral.

To participate, participants need to lock 200UST into a rewards pool which is set up – Pylon Pool 1.

In addition, there are conditions outlining the participant’s campaign eligibility:

VKR tokenomics and use cases

With all this being said, where does the native VKR token come into play? Is it simply a reward incentive token? Not quite. There are several use cases of the VKR token.

For participants, they typically need to deposit a minimum number of VKR tokens as part of the campaign’s requirements. These are set by campaign creators to reduce abuse on campaigns.

There are other additional buying pressures too.

These include buying back of VKR tokens to provide as staking rewards, contributing VKR tokens in the liquidity pools, burning of campaign reward pools, and more.

How can you be a part of Valkyrie?

First, you can participate in the campaigns that they are launching, either as a referrer or a participant. Simply complete the required actions, or refer some friends, and earn some VKR tokens as rewards.

Alternatively, you can also provide liquidity and participate in their liquidity farms to farm additional VKR token rewards.

If you are already holding VKR tokens, you can also stake them to earn a significant APR, while having access to governance voting.

The Valkyrie team and future prospects

Valkyrie has undoubtedly seen large price volatility in this past month.

However, they do have many upcoming campaigns planned. Partnerships that are already announced include Pylon Protocol, Terra World and Planet of LunApes.

Not to mention, they do have a strong team and investor backing. They boast a team consisting of entrepreneurs in residents (EIR) for TerraForm Labs (TFL). They also have notable investors including Hashed and Arrington XRP Capital.

Have a look at what Do Kwon himself thought of this protocol:

This protocol is one of the most unique protocols in the ecosystem. It offers a one-of-a-kind affiliate marketing value proposition in a rapidly growing Terra ecosystem.

As the Terra ecosystem continues to expand, it is hopeful that more new protocols use Valkyrie to jump-start their project and attract users.