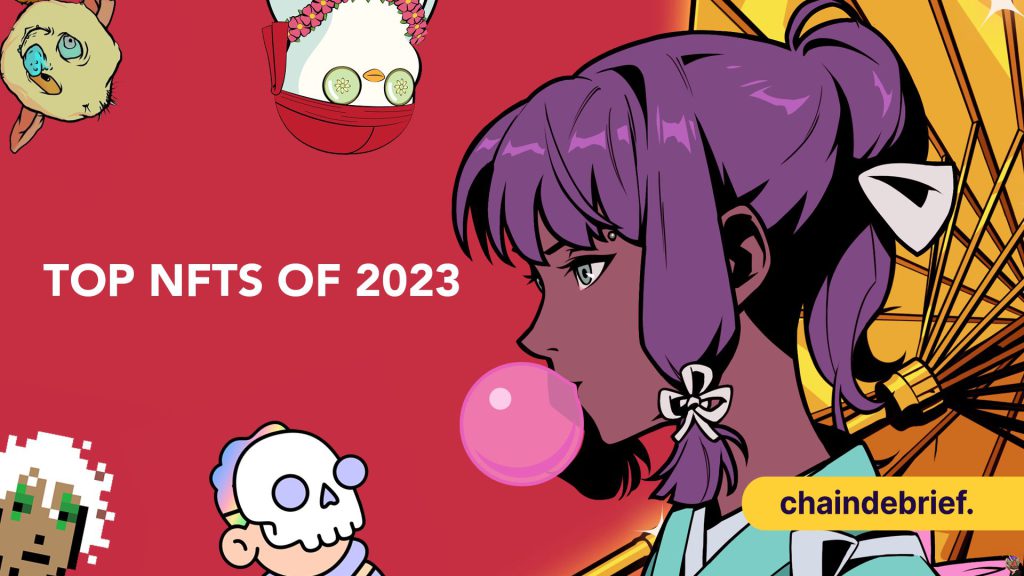 Regardless of how many celebrities don a Bored Ape Yacht Club profile picture, NFTs still seem like a fever dream to me. From the $69,000,000 bid on Beeple’s Everydays at a fine art auction to fans paying five digits for a rotating basketball player, the ludicrous amount spent on JPEGs every day continue to astound not only myself, but millions of people worldwide.

However, there is no doubt that NFTs have become a pivotal part of the Web 3.0 industry, with OpenSea being responsible for 10% of Ethereum burned daily.

So that got me wondering, what exactly makes a great NFT collection, and which ones stands at the absolute top?

What Makes a Great NFT Collection?

Surely it has to be price. After all, aren’t NFTs just the most dramatic examples of the “great fool theory”? However, even if price was the main factor, it does not fluctuate for no reason, or else we would all only buy BAYCs or Crypto Punks.

Instead, an NFT collection succeeds in the long term due to a number of factors:

While not the end all be all, these metrics will be essential in evaluating which NFT projects stand out from the crowd.

The grandfather of all PFP collections, CryptoPunks kick started the 2021 NFT trend alongside other notable projects such as Crypto Kitties, and have since set the standard of having 10,000 separative, generative pieces for most PFP collections.

The team behind CryptoPunks, Larva Labs studio, released the project as a free mint, which only required a negligible amount of gas fees to claim.

While the design takes the form of various 8-bit faces with no utility at launch, the sheer history of CryptoPunks have granted anyone who owns one access to a deep and respected community.

The respect garnered simply b owning a CryptoPunk comes largely from the difficulty required to obtain one. Either you had to be an early adopter, or purchase one for hundreds of thousands, or sometimes millions, on a secondary market.

Furthermore, Punks get instantly bought up at seemingly any price, and it impossible to casually bid a floor Punk on OpenSea due to its illiquid supply.

While the CryptoPunks brand has been acquired by Yuga Labs, the founders of Bored Ape Yacht Club, the history behind them will likely stand the test of time, even in Web3.0.

Created by Yuga Labs, the collection’s floor price rose to 76 $ETH in under a year, with millions of dollar of trading view. Celebrities such as Jimmy Fallon, Eminem, and Snoop Dogg were also seen sporting the collection as their profile pictures on various platforms.

The team at Yuga Labs has also launched various other NFT collections, including Mutant Ape Yacht Club which features mutated versions of the original BAYC collection, and Bored Ape Kennel Club, a collection of dog themed NFTs that could be minted by any BAYC holder for free.

While BAYCs, like Punks, did not offer any utility at launch, they have more than rewarded their community with various new collections, exclusive events such as Ape Fest @ NFT NYC, and airdropping the native token of the BAYC ecosystem, $APE, to holders.

While the BAYC artwork has often been critiqued for not being visually appealing, their historic rise and community has definitely cemented them into blue chip status.

A more recent addition to the list of potential blue-chip NFTs, Pudgy Penguins were a collection of 8,888 penguin-themed PFP NFTS initially released in late 2021. With mint prices at an affordable 0.03 $ETH, or approximately $100 at the time, the penguins quickly rose to popularity in the NFT scene.

However, community members eventually discovered that the project founders had likely rug pulled, with the team pocketing the funds raised from sales.

While the project started to fail, community members took over, rallying one another to wrap their NFTs so that the team would not receive royalties. The team eventually sold the Pudgy Penguins project to Luca Schnetzler, a long time fan and community member, for approximately $2.5 million.

Since then, Pudgy Penguins have been on a tear, shattering their previous highs and almost touching an 8 $ETH market cap, in part thanks to Nansen CEO Alex Svanevik, who has been vocal on his support for the collection.

Borrowing from the style of Japanese anime, Azukis are undoubtedly one of the most aesthetically pleasing PFP collections available. In fact, their popularity kick started a trend of clone projects, with similar collections taking off almost every day during the peak of NFT mania.

The collection of 10,000 PFPs were released in January 2022 and took the spotlight in part thanks to co-creator steamboy, whose was formerly the director of character art at popular first-person shooter game Overwatch.

Despite reaching a 30 $ETH floor, the collection quickly tanked following rumors that founder Zagabond had previously rugged multiple NFT collections in the past, including one called “Phunks” – a clone of the aforementioned Crypto Punks.

While founder Zagabond tried to frame these rugs as “learnings”, the community was furious over his previous actions, and many notable holders began leaving the Azuki ecosystem.

Despite the negative press, the team forged on, eventually releasing their BEANZ collection to much success, and leaving NFT lovers with one question – does the integrity of the founder really matter for a successful NFT project?

Before building CloneX, the team behind it, known as RTFKT, had already proven themselves in the metaverse by building a line of virtual sneakers that could be worn in popular Web3 game Decentraland.

Their decision to launch CloneX in late 2021 received a lot of attention thanks to a collaboration with influential Japanese artist Takashi Murakami.

Garnering blue chip status overnight, the collection of 10,000 eye-catching 3D avatars were initially launched in a Dutch auction. However, it never went under the starting price of 1 $ETH, with the entire collection minting out in minutes.

Shortly after, RTKFT was acquired by Nike, with hopes of building a metaverse ecosystem around the brand.

Doodles, a collection of 10,000 NFT PFPs, features colorful, cartoon-style characters on pastel backgrounds, a welcome shift in art style from a scene that was dominated by 8-bit images and BAYC clones at the time.

The team behind Doodles were also responsible for the creation of Crypto kitties, the project many deem responsible for birthing NFTs all the way back in 2017. Instead of trying to get as many people as possible involved in the mint process, Doodles closed their Discord server at 1,000 members, adding to the mystery and exclusivity to the project.

With an initial mint price of 0.123$ETH, the team was able to collect a total of 420 $ETH for their treasury from initial sales, and has gone on to be one of the most innovative projects in the NFT scene.

From having Grammy winning producer Pharrell Williams as Chief Branding Officer, to branching out their ecosystem to include music and various other initiatives, Doodles pushes against the limitations of what it means to be an NFT.

Most recently, they announced Doodles 2, which allows holders to customize their NFT avatars with collectible items.

GoblinTown was a free mint NFT launch that occurred in the midst of peak fear within the crypto ecosystem. Following the collapse of Terra and with the crypto markets crashing, this collection of 10,000 PFPs were launched.

The counter-culture aesthetic of GoblinTown NFTs peaked during a live twitter spaces, where users were invited to simply grunt into the microphone for hours. And while the project launched with a free mint, it quickly rose to a 2 $ETH floor in just hours.

Furthermore, the NFT project offers no utility, little effort to build community, and almost no marketing. Despite this, the collection was quickly heralded into the leaderboards of OpenSea, setting the trend of free mint launches for the next few months.

Moreover, we have yet to cover other types of NFTs, such as utility-based NFTs, 1-of-1s and generative art. With Web3.0 reaching a wider audience and NFTs gaining more traction, the perennial question of “what will be the next big collection” surely lurks in the minds of crypto speculators.

Regardless, we should all be keeping an eye on the collections that have already made a name for themselves, and the innovations that will be made with their vast treasuries.

Also Read: Will The NFT Market Crumble When Ethereum Crashes Below US$1,000?