Technology With A Completely Anonymous Inventor: Who Is The Man Behind Bitcoin?! 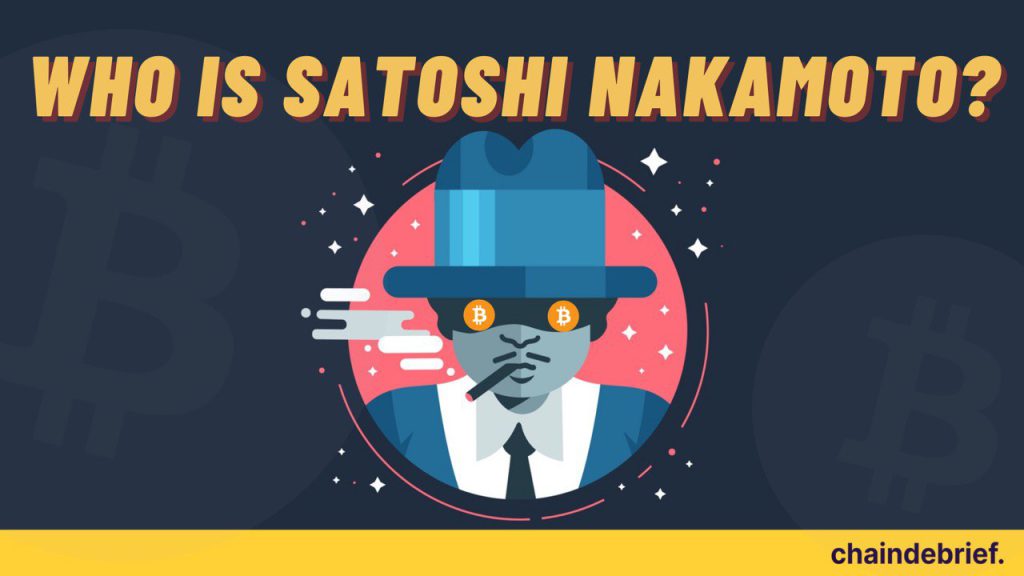 Reaching heights of being one of biggest asset class of the world, crypto has found its way into the big leagues. Yet, the origins of Bitcoin has yet to be demystified.

You might have heard the name Satoshi Nakamoto, but who really is this godfather of crypto? We take a look at contenders who laid the groundwork for the Bitcoin protocol and published the infamous Bitcoin whitepaper in 2009.

Lets begin with the adoption of Crypto, the immense surge in the number of wallet users worldwide is adoption we have not seen this quickly before.

To put things into perspective, it only took Bitcoin 12 years to reach the US$1 trillion market cap, almost two times faster than any other asset class.

It’s still uncertain if Bitcoin was invented by an individual, a group, or even an organization. There has been a lot of speculation on the matter, with some views backed up by facts and others resembling standard conspiracy theories.

Satoshi Nakamoto claimed to be Japanese, claiming to have been born on April 5, 1975, although this is highly implausible.

Others speculate that the man is British with his flawless grasp of the English language, along with the occasional usage of distinctively British terms, raises major doubts regarding his Asian ancestry.

Furthermore, the timing of his web presence (no posts between midnight and 6 a.m. Greenwich Time) supports this notion.

Prentice, Dorian Satoshi Nakamoto, a 64-year-old American Japanese system engineer living in California, was accused of being the Bitcoin developer due to his striking similarities to the name ‘Satoshi Nakamoto.’

Newsweek reported in 2014 that there were striking parallels between Satoshi’s online writing style and Dorian’s.

Furthermore, the Bitcoin platform’s anti-fraud capabilities show that its developer was a libertarian who despised centralized banks and a wealthy government. Dorian’s daughter claims to have noticed similar traits in her father.

With 2014, the address that was used to print Bitcoin denied Dorian was Satoshi, saying, “I am no longer connected in that and cannot discuss anything.” Dorian also refuted the accusation, claiming that he had never heard of such money prior to the claims and the media’s relentless pursuit of him.

Nick Szabo, a decentralized currency enthusiast who wrote a paper on “Bit Gold,” which is said to be a predecessor to the first cryptocurrency, was one of the first ideas.

After it was discovered that his blog post regarding bit gold was written before the introduction of Bitcoin, Aston University matched his writing style to Satoshi’s and discovered several parallels between their projects.

Nonetheless, Szabo has continuously disputed that he is the actual Satoshi Nakamoto, and this evidence is only theoretical. Many people assume he is the inventor of Bitcoin due to his extensive understanding of the currency.

Hal Finney, a well-known crypto specialist and Nakamoto’s right hand, is another possible Satoshi contender. Hal was the first Bitcoin receiver and the second to utilize the associated software and recommend protocol improvements.

Moreover, he just lived a couple of blocks away from Dorian Nakamoto, Dorian’s name might have been the inspiration for Hal to come up with the name Satoshi Nakamoto.

He has made significant contributions to the platform’s development and improvement. Before he was diagnosed with motor neuron disease, he was also viewed as an active participant in supporting the bitcoin community in its early days.

Unfortunately, Hal Finney died in 2014, leaving behind whatever secrets he may have had.

Craig Wright is a computer engineer and entrepreneur from Australia. The prominent blogs Gizmodo and Wired stated on December 9, 2015 that he was the founder of Bitcoin, citing information leaks.

Craig Wright came out with the same allegation and some proof a few months later, but his claim had severe gaps and obvious indicators of data manipulation. Many in the crypto world thought he was a liar at the time. Wright was even given the moniker Faketoshi.

Unless Gavin Andresen, one of the first Bitcoin engineers who spoke with Satoshi Nakamoto personally, backed Craig Wright’s version, it would appear to be a typical fraud.

Gavin admits that he was skeptical at first, but after Wright invited him to London for a secret meeting and presented him with evidence that had not been made public, he ultimately believed him. Craig Wright, according to Andresen, “knows an awful lot about Bitcoin and Bitcoin early things.”

In addition, the developer confesses that the emails Craig gave him prior to the meeting sounded very similar to Satoshi’s. ‘It seemed like I was talking to someone I’d worked with before,’ he explained.

Bitcoin is said to have been invented by Elon Musk, an engineer, inventor, and everyone’s favorite business mogul. All of these assertions have arisen as a result of Elon’s ability to create breakthrough technological progress. After a former SpaceX intern compared his writing style to Satoshi’s, the rumor spread.

Although there is yet to be any real evidence to back up such accusations, Elon has refuted them in one of his tweets. After hackers utilized Tesla to mine cryptocurrency, the suspicions died down.

One may wonder how a technology with a completely anonymous investor kickstarted this wave of adoption in the world, or are we putting our monies in blind faith?

Satoshi Nakamoto has a lot of good reasons to keep his identity a secret. The most obvious reason would be potential risk; with a net worth of over $10 billion dollars, Nakamoto may become a target.

Remember that this man is in charge of what may be the next financial revolution. When you’ve been up against a lot of powerful individuals and organizations, you attempt to stay hidden. Despite the fact that digital money is already legal in many nations, its creator may still run into legal issues.

Perhaps we will never find how who is the creator of the new age of digital gold but one thing is for sure, that person provided a libertarian means in breaking the code with traditional finance and open an entire universe of technology. Thank you ser, WAGMI.

Also Read: How Does DeFi Fit Into The NFT World? A Look At NFT Financialization