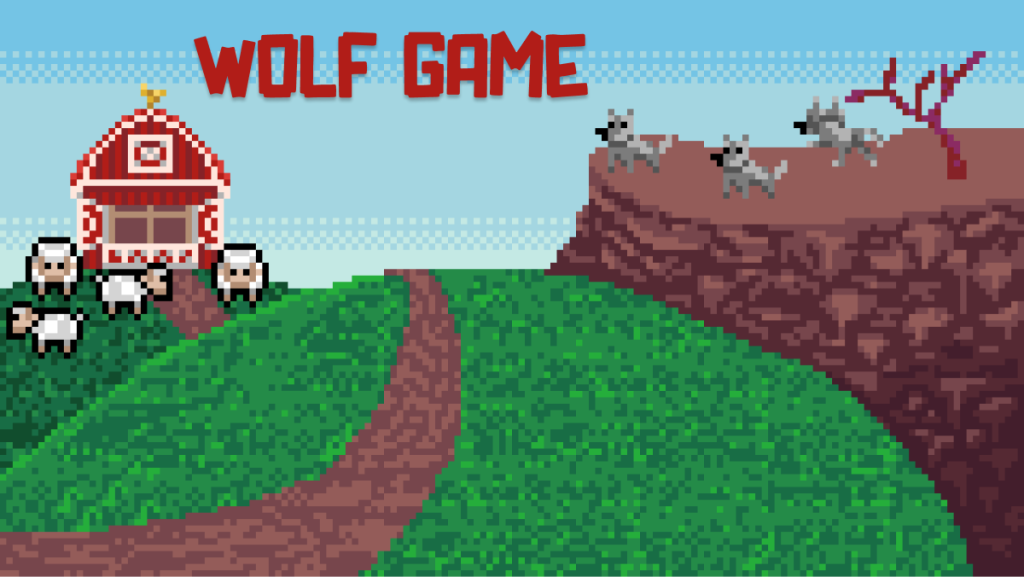 Wolf Game is a play-to-earn game built on the Ethereum blockchain. It combines both non-fungible tokens (NFTs) and elements of Decentralised Finance (DeFi) to bring yield farming to players.

One of the key characteristics of Wolf Game that makes it stand out from the other play-to-earn games is its on-chain risk protocol. It plays a significant role as players have to take risks when playing the game.

It is all about the risk-reward trade-off. High risks will be well-rewarded.

How does the game work?

The game revolves around the two main characters: the wolf and the sheep.

Here is where things get interesting with game theory.

Users have the option to accumulate $WOOL token and not shear the sheep. By not shearing the sheep, no taxes will be paid out to the wolves.

This would greatly decrease the value of wolves as no taxes are paid out. Prices of wolves would start dropping while the sheep still maintains its value.

To shear or not to shear is the question.

As it’s nigh-impossible to create a bug-free program, Wolf Game had to overcome some obstacles at the beginning.

Due to a flaw in the smart contract, players had reported that they were able to guarantee that they would mint wolves instead of sheep. While this exploit was fixed, another severe exploit surfaced.

Twitter user @notstoops raised an issue where users can exploit the system and claim a whopping six million $WOOL tokens instead of 20,000 $WOOL tokens while unstaking their sheep.

After the issue had been confirmed by the developers, minting and other aspects of the game were put on hold.

The developers could not patch the smart contract vulnerability and were forced to recreate the entire game from scratch.

To ensure that there was no vulnerability in V2, the developer introduced a US$10,000 bug bounty system. A reward would be issued for identifying and solving any vulnerability in the source code.

Furthermore, a professional third-party auditor was called in to review the complete code. This ensured the safety and integrity of the game.

The full game will be launched in early 2022

The full game is scheduled to be released in 2022. Where full features for the land and farmers will be available for users.

There will only be 20,000 genesis land parcels available in-game. Half of the land will be given to Gen 0 sheep and wolves holders. The other half would be dutch auctioned with a starting bid of 0.69420 ETH. Land attributes would be randomly assigned, with varying capabilities, resources, and acreage.

Farmers can be minted for 10,000 $WOOL tokens. They will assist in managing the land and producing more resources. They will come with their own unique set of skills which will match some plots of land better than others.

Is the hype dead?

Both the $WOOL token and the sales volume on OpenSea have been steadily decreasing. The decrease in token price and sale volume could be due to the migration to V2. When everything came to a stop, the game lost the momentum it needed to flourish.

This dip could also be attributed to the current market sentiment where the crypto greed and fear index is pointing towards fear, signalling a bear market.

While the game has seen better days, we cannot rule out that Wolf Game has the potential to pick up speed when the full feature is released in 2022.

Do note that Wolf Game DAO or Wolf Game BSC is not affiliated with the original Wolf Game. Always do your own due diligence as there are many phishing sites in the crypto space.