Genopets: How The World’s First ‘Move To Earn’ NFT Game Differs From Other Web 3.0 Gaming Projects 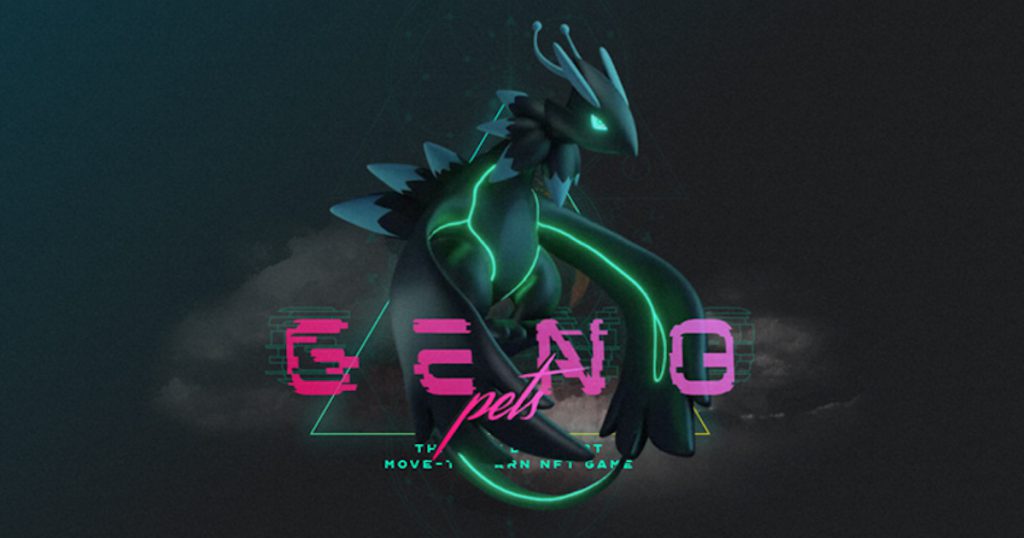 As NFT-based Web 3.0 gaming projects have proliferated over the past 6 months, one common criticism of many emerging projects is that they seem to be copying and seeking to emulate the success of established games such as Axie Infinity, rather than innovating further in the space.

One of the more interesting projects in the market is Genopets, which has branded itself as the world’s first ‘move to earn’ NFT game, a twist on the ‘play to earn’ tagline that has been brandished by many Web 3.0 gaming projects which are currently being built.

The project also recently raised a funding round with notable backing from a series of blue-chip investors, which has certainly raised the public profile of Genopets.

The game remains very much in the ‘building’ phase, although the team recently concluded an airdrop of 1,000 Genopets Eggs, which are essentially whitelist tickets to gain access to the official Genopets Genesis NFT launch which will be announced at a later date.

It is important to note that the game will be free-to-play, and the Genesis NFTs are collectible and endow players with privileges, but are not necessary to play the game.

The fundamental premise of Genopets is the combination of 3 gaming themes: (i) the nurture and evolution of Tamagotchi, (ii) the training and battling of Pokemon, and (iii) the crafting and collecting of Animal Crossing, while rewarding players with crypto as they participate in physical activities and mini-games.

Central to the game’s mechanic is that it will be integrated with fitness wearables, which will convert players’ real-life movement into experience points to progress in-game.

The in-game economy of Genopets will pivot on 2 key tokens. The first is GENE, which will be the governance and staking token in the Genopets Universe (known as the Genoverse).

Holders of GENE will be able to vote on the future of gameplay as well as stake their tokens for rewards. The second token is KI, which will serve as the in-game reward token earned by players for winning battles.

In practice, players will mint an infant Genopet for free, which will increase in value as players invest time and effort to augment its characteristics. The evolution of Genopets is guided and accelerated by Gene Crystals, which are NFTs that can be crafted with the KI token.

In order to ‘earn’ rewards from the game economy, players will need to purchase or craft Habitats, which are NFTs that can be acquired with GENE, KI, or Gene Crystals. Each Habitat will only be able to support 1 Genopet at a time, and needs to be maintained periodically with Gene Crystals, incentivizing continued gameplay.

How will hardcore ‘free-to-play’ players earn?

While the earning of KI rewards are only unlocked by acquiring or crafting at least 1 Habitat, players who do not wish to put up any upfront capital will be able to ‘earn’ by levelling up their Genopets and selling them later in the market.

Essentially, players who acquire Habitats and participate in the in-game economy will have the potential to earn income streams from trading in-game tokens as well as other items (such as Habitats and Crystals), on top of levelling up and trading their Genopets.

On 8 October, the Genopets team airdropped a total of 1,000 Genopets Eggs to winners on its Discord channel. According to the team, the Genopets Egg will grant early access to the official Genopets NFT drop which will be launched towards the end of the year.

The Genopets NFTs will be first-edition (Genesis), and be pre-evolved, fourth stage Genopets with special accessories. This will grant holders an early headstart to participate in the play-to-earn economy of Genopets, as well as possessing collectible value.

Currently, the Genopets Eggs are available on the secondary market on Solanart, with a floor price of 27 SOL (~USD5,400) at the time of writing.

The founding team of Genopets comprises Albert Chen, Benjamin Tse, and Jay Chang. Chen and Chang both have growth marketing and software / blockchain backgrounds, while Tse has over 15 years of product experience and has spent the past 6 years in crypto-related platforms.

Chen and Tse were also winners of the EOS Global Hackathon in 2018 for their project GeneOS, a blockchain-enabled data ownership, marketplace, and secure computing platform for genomic big data. It is unclear if GeneOS is currently still operating, although the team continues to maintain a website with Chen and Tse on the team page (Protocol | GeneOS).

The presence of these key investors on the capitalization table of the company provides solid blue-chip backing to the Genopets project.

Prior to the seed funding round, the team had been backed by a number of notable angel investors such as Prabhakar Reddy (co-founder of FalconX), Richard Ma (CEO of Quantstamp), Kevin Lin (Co-Founder of Twitch), John Robinson (President and COO of 100 Thieves), Brian Corrigan (VP and Head of Americas at PUBG), Keisuke Honda (former Japanese football star), and Melanie Strong (veteran executive at Nike).

How different is Genopets from current ‘play-to-earn’ projects?

There are a few notable similarities between Genopets and play-to-earn games such as Axie Infinity, particularly in the structure of the paid in-game economy. One could easily think of GENE as a parallel to AXS, and KI as a parallel to SLP in the Axie Infinity economy. The evolutionary aspects of in-game creatures also have strong parallels.

Where Genopets differs is that it offers a parallel route for players to experience the game via a free-to-play model. This contrasts with the majority of ‘play to earn’ games, which require upfront capital from players, or the renting of assets from guilds, in order for players to participate in the in-game economy, without the option of a truly free-to-play experience.

The question of whether Genopets will be able to successfully and seamlessly integrate wearables into the gaming experience is a critical one, with this a make-or-break factor for the full ‘move-to-earn’ experience.

It is clear that the Genopets project is one that is ambitious and seeks to bridge the divide between the physical and Web 3.0-enabled digital world. It will certainly be exciting to follow the project as the team drives towards new milestones in its developmental roadmap.

Also Read: Abracadabra Money, SPELL, Magic Internet Money: What Are They And Are They Worth Investing In?