Are Uncollateralized Loans Possible in Web3.0? This DeFi Project May Have The Answer 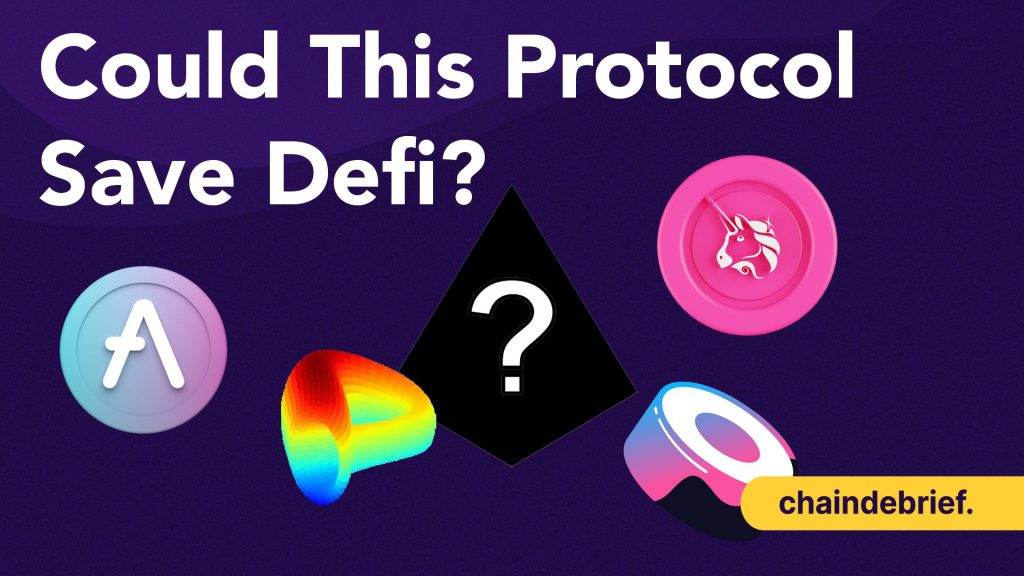 In traditional finance systems, almost all lenders look at your credit score before making a decision on whether or not to loan you money, and how much money to lend you.

The Fair Isaac Company (FICO) scoring model is one of the more popular credit scoring models and it takes into consideration various factors to determine your credit score, ranging from 300 to 850.

But what about DeFi?

The thing about DeFi is that most protocols are permissionless, meaning anyone with a wallet and an Internet connection can anonymously use just about every product, from lending to yield farming.

But when it comes to lending, how can a lender be sure that a borrower is credit-worthy while maintaining the decentralized aspect of DeFi? That’s where Spectral comes in.

Before diving deep into the details, let’s take a look at the team behind Spectral.

The Current State of Defi Lending

In the current state of permissionless DeFi lending protocols, credit risk infrastructure is literally non-existent. The way that most, if not all lending protocols hedge against credit risk is through over-collateralization, with the exception of some unsecured lending platforms which I’ll touch on later.

Since there’s no way for a lending protocol to evaluate a borrower’s creditworthiness, they often heavily rely on over-collateralization in the event of a default to recover their funds.

To briefly explain how this works on lending protocols such as Compound or Aave:

One problem. Now imagine TerraUSD ($UST) was still a thing and people could use it as collateral. Back when UST was still around, it was considered widely to be a “stablecoin”, attracting stablecoin-ish interest rates. As UST collapsed, naturally lenders liquidate the UST collateral and they become the ones holding the bag.

Thus, for lending protocols to simply rely on over-collateralization as a credit risk management method may not always work in their favor, and there needs to be some way to assess the credibility of the borrower in the first place.

This is the opposite of secured lending, as it requires no collateral from the borrowers’ end to issue loans. Other than flash loans, there are few highly-utilized or successful unsecured lending protocols out there that embody the decentralized and pseudonymous aspect of DeFi. They typically have CeFi integrations requiring KYC or revealing some form of real-life identity.

Founded in mid-2020, Spectral currently has over 20 employees, led by the 2 co-founders Sishir Varghese and Srikar Varadaraj.

Srikar Varadarj (Co-founder) – PhD in Mathematical Science at NYU with experience in the blockchain and crypto startup scene. Partner at e^{i} Ventures.

Back in November 2021, Spectral Finance raised $6.75 million in a Series A funding round led by Polychain Capital. Just last month in August 2022, they raised another $23 million in a Series B led by General Catalyst and Social Capital, and among the list investors, Samsung.

What exactly is the selling point of Spectral?

Spectral introduces a trustless and permissionless way to address credit risk analysis by building an on-chain equivalent to the traditional, ubiquitous FICO score, in what they term the Multi-Asset Credit Risk Oracle or MACRO score.

How Spectral is Changing DeFi

With the open-source nature of the Ethereum blockchain, Spectral collects and extracts data from many of the leading DeFi protocols such as Compound, Aave and MakerDAO that is related to an address’ wallet history and transactions.

In traditional finance systems, you have to go through an intermediary to obtain information on your credit score, such as the Credit Bureau in Singapore, and it incurs a fee. With Spectral, it is a similar case in the form of an NFC which is essentially an ERC721 NFT as your credit report unique to your wallet address. When minting an NFC, it incurs an Ethereum gas fee.

Spectral also allows you to bundle different wallets together, and the platform automatically aggregates your transactions across different wallets into 1 MACRO score. To prevent people from adding random addresses they don’t own into the bundle, Spectral requires the individual to sign a nonce to prove ownership of the address (No fee incurred).

With no collateral at stake, the only risk factor for a borrower that defaults is… well, nothing (with the exception of flash loans). In DeFi, there are no chargebacks and once funds are sent out, its not yours. In TradFi, banks can still freeze your account and dig the remaining funds out, and quite possibly send debt collectors after you.

Thus, unsecured lenders can pretty much only rely on the creditworthiness of an individual to evaluate whether or not to release the funds.

Being able to evaluate an address’ on-chain credit score can possibly open up doors to more unsecured lending protocols apart from just flash loans. Additionally, existing secured lending protocols can have an added layer of risk management by being able to evaluate every borrower’s credit score, and not rely on purely collateral coughed up from the borrower which are typically more illiquid or volatile.

The AAVE team has a risk scale to evaluate tokens to be accepted as collateral by assessing whether an asset is exposed to smart contract risk, counterparty risk and market risk. For market risk, it has some flexibility as they can vary borrowing rates based on the volatility, liquidity and market cap of the asset put up as collateral.

So what does all this have to do with more equitable loans?

Without a credit scoring system:

From a borrower’s perspective, there is literally no incentive given to them for being an active borrower that has repaid every single loan they have ever taken. With credit scoring, it opens up doors to higher borrow caps and lower borrow rates for good actors.

In a keynote address from the CEO, Spectral is currently still in a testnet, but has already landed 20,000 users in 7 days. Later in the year, Spectral is looking to expand into the mainnet and are actively building integrations with partners.

Despite the project being relatively new, Spectral is not some other DeFi project promising a “community” with “membership access or benefits. It is addressing a pretty big issue and big gap in the DeFi space – a lack of a decentralized credit risk infrastructure.

Most successful start-ups have something in common – addressing a customer/industry problem that the market ignores. In the case of Spectral, they might very well be on their way to achieve their long-term vision of making credit scoring a publicly accessible network and become the Credit Bureau of DeFi.