EVMOS: All You Need To Know About Ethereum Virtual Machine (EVM) Hub On Cosmos 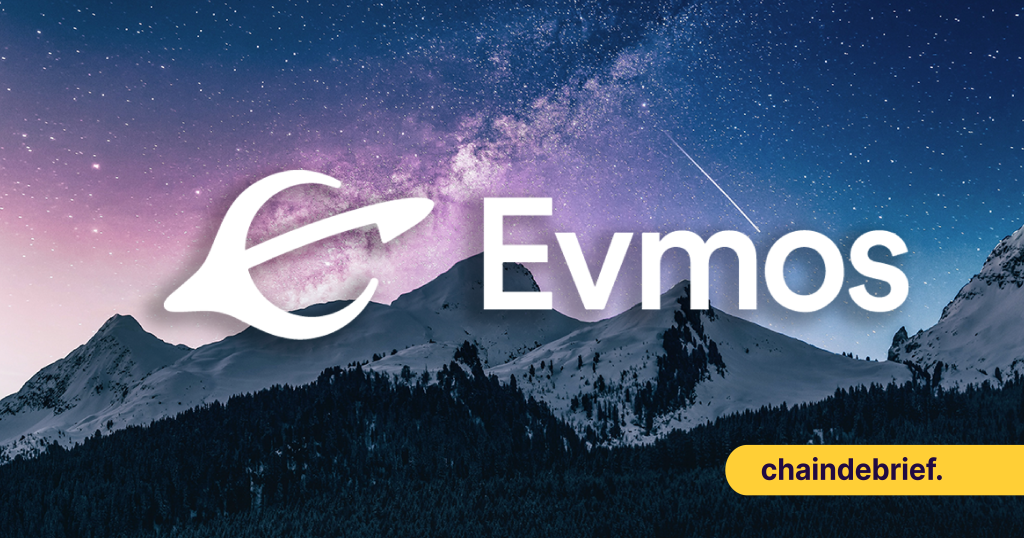 Evmos is the first inter-blockchain communication compatible Ethereum Virtual Machine running on Cosmos and went live on 3 March, 3 am GMT+8.

It is a scalable, high throughput proof-of-stake blockchain that is fully compatible with Ethereum. It is built on the Cosmos SDK and runs on top of the Tendermint Core consensus engine.

Tendermint is the software and Cosmos is the blockchain. Tendermint serves as the main hub for the internet of blockchains.

(Also Read: Why I Am Investing In Cosmos In 2022, And Why An “ATOMic” Explosion Is Incoming)

So what does this actually mean? It means that all developers on Ethereum would be able to copy their code and run it straight on Evmos and get access to Cosmos’s utility of governance, staking and IBC.

Evmos basically replicates the Ethereum network at a cheaper price with faster speed. Furthermore, all the applications now will be interoperable with one another.

EVMOS is not just a fee and staking token. Rather, it will be the first token on an EVM that drives governance outcomes for the EVM. But it also serves as a vehicle to determine future economic outcomes that align the three main actors (Developers, Users, and Validators).

Token holders are responsible for steering the DAO and dictating the fate of all on-chain assets that travel through the Evmos to Cosmos.

Evmos will have an initial supply of 200 million tokens at genesis, split between the Rektdrop participants, the community pool and a strategic reserve.

“Our focus is to honor those who supported us in the long term (ATOM, OSMO participants) and are feeling the pain of the market dip, but to also give reparations to the victims who got rekt in places that tried pushing the envelope in the EVM ecosystem. The good news is that if you spent gas on any of the top applications on Ethereum, you technically got rekt by fees, so you are likely to receive something!”

Newly released tokens will be distributed in the following way, on a per-block basis:

As Evmos is planned to go live in the coming days, the airdrop will be claimable shortly after. Here is the list of participants who would be entitled to Evmos’s airdrops.

As mentioned above, the dApps that will be on Evmos would basically everything that is on the Ethereum Network. This includes collectibles, DeFi, Gaming, Rollups and DAOs.

With 95% of users in favor, AAVE is set to be deployed on Evmos. The deployment of Aave on Evmos will enable both increase in user activity and it fills the need for a reliable lending protocol on Cosmos.

According to DeFi Llama, Aave currently has over $11.8 billion in TVL, which has been increasing steadily since the beginning of the year. Deploying to Evmos will enable Aave to capture a significant amount of user activity that has been booming in the Cosmos ecosystem.

The core team also said that they are actively working with Chainlink to finalize support for Aave V3 before the mainnet launches later this month.

(Also Read: What Is Aave And How It Enables Anyone To Lend And Borrow Cryptocurrencies)

There will be NFTs on Evmos. There is massive potential for thousands of Ethereum blockchains which will be poured over. All of these would be a fraction of the price from the Ethereum’s network and faster transaction speeds.

Use cases for the EVMOS Token

Exswap: The exchange swap for EVMOS

Exswap will launch shortly after the Evmos mainnet goes live. This will also be followed by tokens, farms, lending and launchpad. Token supply will be distributed to the community via airdrops, LP incentives and farms.

$EX will be a governance token that rewards the holders with a share of exchange revenues.

Evmos also will have a naming service just like the ENS we all know from Ethereum. Their test net for EVNS will launch in June which may include an airdrop for participants. Find out more on EVNS in their website here.

Installing your Keplr wallet for EVMOS

To get started with Keplr, you will need to first download its Chrome extension here.

They also have mobile apps, but it is important to note that only the Keplr Chrome extension installation is fully supported currently.

When you have the Keplr Chrome extension installed, you can now create your Keplr wallet account!

You can do this in two ways:

-First, you can create an account with the usual seed phrase method.

-Simply select the “Create new account” option, and save your seed phrase in a secure place.

-Do try to write your seed phrase down physically on a piece of document, and keep it somewhere safe.

-A second way is using the Google One-Click Login.

Read More: Getting Started With The Keplr Wallet: The Leading Wallet For the Cosmos Ecosystem

Ethereum is great. With over 3,000 applications, it is the most popular blockchain with the highest traffic amongst its competitors. But we all know what comes along with that, the expensive gas and slow transaction speed.

Introducing an EVM compatible blockchain on the Cosmos ecosystem will simply change the game. The EVM nature allows all those 3000 applications on Ethereum to be easily ported onto the Evmos blockchain with fast transaction speeds and I say again countless of times, fraction of the price.

Merging the most popular blockchain with one of pure interoperability, I really cannot fathom the limitless scale which will unfold its true potential.

Evmos will bring and increase liquidity onto Cosmos. The increase in user base will, in my opinion, propel Cosmos potentially in the top 10 cryptos. It will also increase its visibility and amongst crypto investors when Cosmos opens up to the “wider world”.

I am bullish in the Cosmos Ecosystem as no other blockchain is doing the same. It’s in new uncharted territory and as they continue to improve the robustness of its ecosystem, Cosmos will continue to tear away to form a league of its own.

Also Read: Osmosis: A Guide To Staking And Farming On This AMM Protocol For The Cosmos Ecosystem