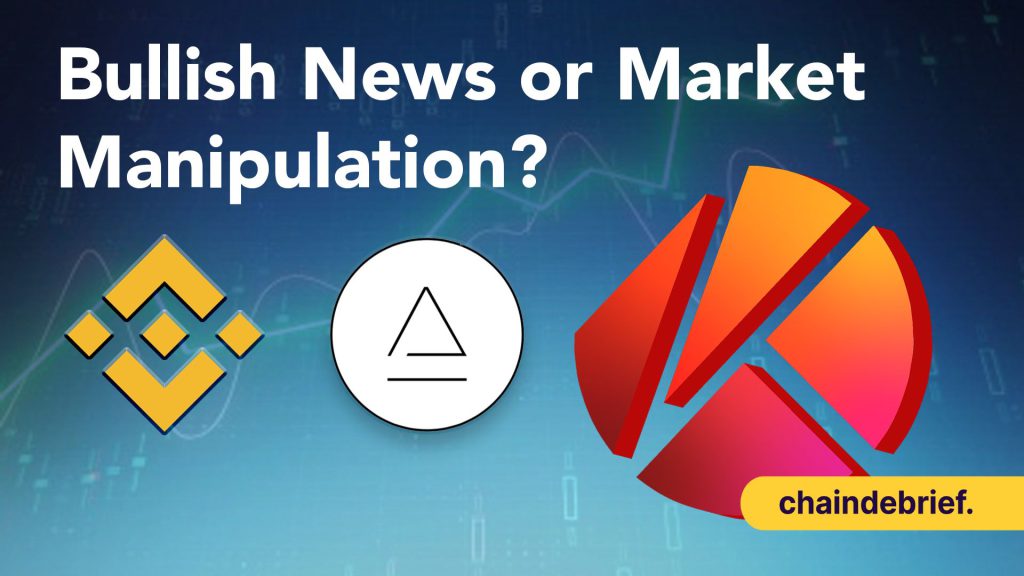 The last week has seen a much welcome relief rally in crypto, with Bitcoin moving 12% from the lows. However, one altcoin had a major move that went relatively unnoticed.

Klaytn’s native token $KLAY rose 100% in less than a week, outperforming even the Elon-fueled Dogecoin rally.

However, not everything is at is seems. Did the project gain user interest due to strong partnerships and a resurging ecosystem, or is there something else going on behind the scenes?

Also Read: Are Uncollateralized Loans Possible in Web3.0? This DeFi Project May Have The Answer

An Introduction To Klaytn

klaytn is an enterprise blockchain, developed by South Korean internet giant Kakao. Their online messaging application, KakaoTalk, has more than 50 million global users, and is used ubiquitously in South Korea.

The Layer 1 blockchain is built for the metaverse, GameFi, and creators.

With DefiKingdom’s recent move to the blockchain, we have seen a resurgence of interest, and Klaytn has not let the opportunity go to waste.

In fact, they have gone all out in both marketing and token buybacks to boost traction for the Layer 1.

While $Klay, like most other altcoins, is down approximately 90% from all-time-highs, it has apparently risen from the dead.

Key Players in The Klaytn Ecosystem

As a metaverse-centric platform, it is no surprise that Klaytn is home to many Web3.0 games, on top of the traditional Dexes and AMMs.

Recognizing this, it became the first non-Ethereum blockchain to integrate with Opensea, and both entities eventually partnered to expand the NFT ecosystem in asia.

Furthermore, Klaytn currently has four service chains, similar to Avalanche subnets, all of which are gaming-focused.

They are operated by

Outside of these service chains, the majority of Klaytn’s TVL is housed in Klayswap, an Automated Market Making protocol.

Partnerships With Binance and Alameda Research

Klaytn’s governance council is stacked with movers from both the Web2.0 and Web3.0 worlds.

Recently, the blockchain announced that it would be onboarding Binance, a leading centralized exchange, to the council.

While not much about the partnership is known, it hinted at a possible listing on Binance, and wider adoption of the Klaytn ecosystem.

This followed an announcement earlier this year that Klaytn had recruited Alameda Research as a strategic partner to the ecosystem. Alameda Research is one of the largest quantitative trading firms, founded by FTX CEO Sam Bankman-Fried.

This partnership meant Alameda would actively contribute to Klaytn, with research partner Brian Lee saying that there was “immense potential” in the blockchain’s ecosystem.

With Alameda funding early-stage projects on Klaytn and Binance’s partnerships, the Layer 1 became an attractive place for budding Web3.0 projects to build on.

Did Klaytn Manipulate The Markets?

Likely the biggest factor for $Klay’s massive price spike has been their massive buyback and burn program.

However, the team never disclosed how much $KLAY would be bought, and only made the announcement after the buyback in order to “prevent front-running or market manipulation”.

Interestingly, the buyback, which is estimated to be around 6-7 figures, was announced on the same day as their strategic partnership with Alameda Research.

A thread by user RunnerXBT highlights that there were a large number of longs placed prior to the buyback announcement, despite the lack of news.

While these could be entirely up to coincidence, the peculiar series of events points to something shady happening behind the scenes.

If there is one thing we need more of during the bear market, it would be transparency.

Thanks to the many hacks and scams, sentiment has never been worse. Furthermore, depressed prices have translated into a general lack of enthusiasm.

With the average retail participant simply looking to invest in their favourite projects, the manipulation and shady on-goings behind the scenes are not something they should have to deal with.

Instead, clearly communicating a protocol’s intentions and executing in a professional method could be the way to retain and build trust in Web3.0