Rarity: This Fantasy Game Inspired By Dungeons & Dragons Is Taking The Crypto World By Storm 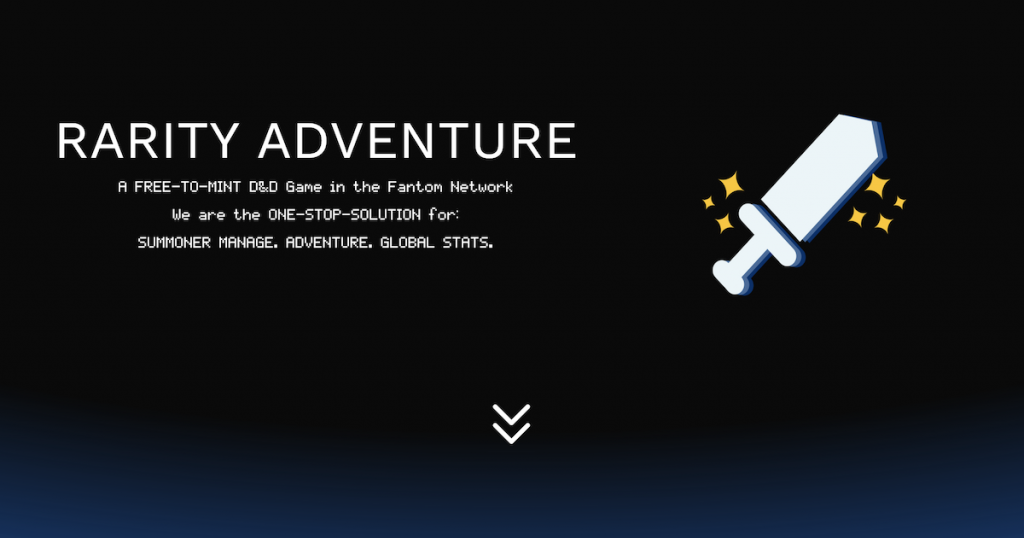 While much recent public attention has centered around new expansive, open-world, blockchain based games, a low-key adventure game has been taking the crypto community by storm.

Named Rarity, the game was created by Andre Cronje, a prolific coder who is more popularly known as the creator of Yearn Finance. Rarity was first launched on the Fantom (FTM) blockchain, with a die-hard gaming community that has spawned around the initial version of the game.

How does Rarity work?

Rarity is a composable NFT-based project and game which is inspired by Loot. As an avid fan of Dungeons & Dragons, one of the most classic fantasy role-playing games, Cronje wrote the code for a new game with a similar vibe and feel, and with a fundamentally different core mechanic approach to Loot.

In the Loot NFT collection, Loot was created first, with communities challenged to craft and build new collections and content around the concept of Loot. One issue that has emerged around Loot is the fact that the minted NFTs contain pre-arranged sets, with these NFTs already inaccessible to later players given the prohibitive cost of owning a Loot NFT (which has a current floor price of 8 ETH).

In Rarity, Cronje focuses on enabling players to create the fantasy world in which other derivatives can then be created later, with a focus on accessibility.

In Rarity, players can summon an unlimited number of characters from a set of 11 different categories, paying only the gas fee on FTM (which is typically USD0.01 equivalent or below).

In the initial build of the game, players can send their character on an adventure once a day, which earns experience points (XP) and enables characters to level up. As these characters level up, they earn feats and spell slots, while players can also craft and enhance items from visiting dungeons and collecting crafting materials.

At the point of Rarity’s launch, Cronje had not created any frontend interface for players to interact with the smart contract. As shown below, players were required to input variables and write contracts directly to play the game.

Cronje continues to work on the game as a ‘past-time’ and has updated new elements to the game since the initial launch, most notably enabling players to visit Dungeons, where players can find crafting materials to create new items and gear.

Given that not all new players are familiar or comfortable with interacting with the smart contract directly, members of the community began building front-end interfaces and tools to help players navigate the world of Rarity.

One of the first builds enabled players to simply connect their wallets and begin playing the game by clicking buttons, with a simple text-based layout.

A more popular interface was subsequently created by @SteveInCrypto, who added visual elements to the user interface and also included descriptors for attributes, skills, and crafting, which have improved the gameplay experience for more casual gamers.

The latest iterations feature even more superior visualizations, with a similar style to popular games such as Final Fantasy. Players continue to be able to freely choose which interface they want to use to play the game, given that the same smart contract underpins all the interfaces.

The strength of the community is evident in the game’s Discord channel, where members have written detailed guides on all aspects of the game, while continuing to build around the code which Cronje himself is building on, in developing the game further.

What’s so notable about Rarity?

The star power of Andre Cronje has certainly contributed to the rapid growth of the game’s user base.

However, what is truly notable about the continued development of the game (which is a few weeks old) is the level of accessibility and the fervent support of the community that not only participates in the game, but also generates content and is building supporting infrastructure and levers around the smart contract that represents the game itself.

In terms of organic content creation, Rarity is certainly taking a frontrunner’s role — Cronje himself has invited community members to freely contribute and discuss the future direction of the game, as he continues to work on new elements in his time.

Rarity is has also driven up popular interest in the Fantom blockchain. The native token of Fantom recently hit an ATH of USD1.93, with many analysts citing intense interest in Rarity as a key reason for the spike in volume and transactions on FTM over the past 2 weeks.

Observers will continue to follow the story of Rarity as it continues to be written, with potential for the game to be a truly defining project in the future of decentralized gaming.

It will also be exciting to follow Cronje’s building journey on the Fantom blockchain, given the explosion in interest on new blockchains offering credible alternatives to the dominant Ethereum network.

Also Read: Solanart: An Intro To Solana’s Leading NFT Marketplace And How To Get Started