The Ugly Side Of DeFi; The Bancor & Solend Controversy Explained 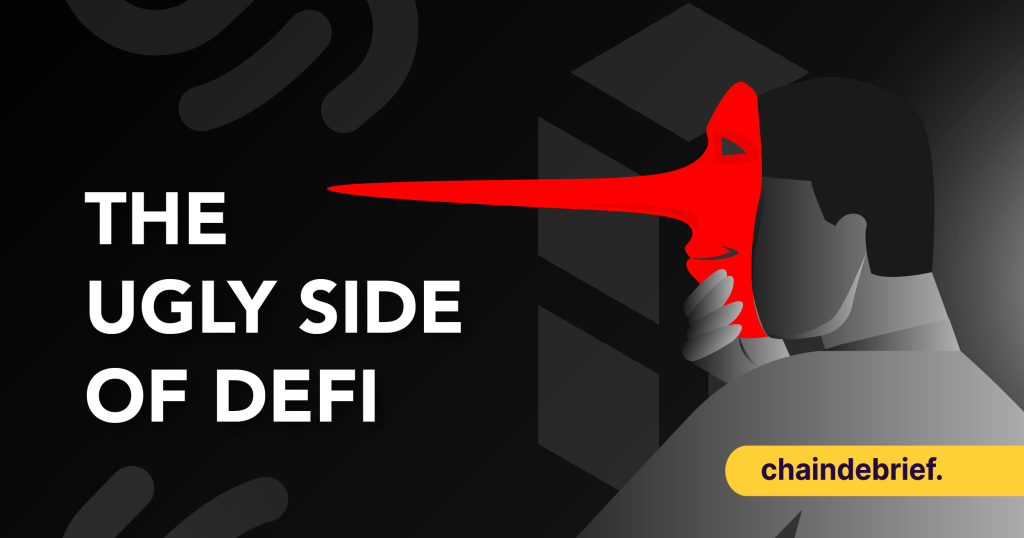 Crypto is the gift that keeps on giving. Especially during its low, the ugly side of DeFi becomes evident in protocols like Bancor and Solend.

So what is really going on with these protocols and what does this mean for the market? Let’s find out.

What Happened With Bancor?

Bancor is an AMM that offers single sided impermanent loss (IL) protection for their deposits.

In simpler terms, when you deposit liquidity into a DEX, you might need to pair 2 tokens together (let’s say ETH-USDC). Bancor allows you to just deposit one token single-sided, while BNT acts as the trading pair. It also supposedly covers impermanent loss that you might incur. For an explanation on how IL works, see here.

Also Read: What Is Bancor And Is V3 A Game Changer In The DeFi Space?

Liquidity on a DEX is its lifeblood and specifically for Bancor, the price of the token.

Basically, when trading fees are insufficient to cover IL for the person who deposited their funds, they might pay you out in BNT tokens instead.

For example, you deposited 500 Token A into Bancor.

If you withdraw, you should ideally get 500 Token A back, alongside rewards. When IL is too heavy, you might receive something like this:

X amount of BNT has the same USD value as 50 Token A, which allows you to make a swap back and get back 50 Token A.

(This is just a rough and simplified version of the Bancor design.)

In short, you technically will receive the same amount of Token A you deposited (excluding scenario of trading fees accrued etc).

So who would be responsible for something like this? Well, it is a very cold winter, temperatures are down to zero degrees Celsius, and some platforms are on the brink of desperation…

Celsius, being insolvent and DESPERATELY needing liquidity, are pulling out their funds from Bancor, selling BNT, and opening shorts on BNT.

Bancor team, in order counteract this, chose to cancel the IL protection temporarily from current funds that are still pending its 7 days cooldown, as well as any other future withdrawals.

By doing so, Celsius Network would not be able to get BNT tokens printed to cover its IL from withdrawing from Bancor pools.

This prevents too much BNT from being printed out, causing unnecessary dumping of the BNT token and price. It helps to prevent a “death spiral” for Bancor, as their protocol is basically the underwriting side for LPers incurring impermanent loss.

However, this meant disabling IL protection for everybody (including current withdrawals). The vote to proposal vote was also not done under the DAO’s approval, but rather relied on a previous governance vote that allowed the multi-sig signers to change the parameters of the Bancor pool smart contracts.

I believe that what Bancor has done was meant to save the protocol, but now at the expense of losing the trust of its users and liquidity providers.

Bancor’s DEX was supposed to provide IL protection and insurance – users were promised and assured that their funds would be kept safe and be protected from any IL (a.k.a you should get your entire stack of coins back if you withdraw).

Yet their decision may have even exacerbated criticisms and caused more users to leave the platform due to loss of trust. As more users and LPers start to pull out funds from the platform, the decision becomes tough for users:

Option A: Take the 100% chance of losing an amount from your funds due to zero IL coverage

Option B: Stick around with Bancor, risk a death spiral from everyone pulling their funds out due to fear, loss of trust, and lose ALL of your LPs.

In fact, there have been withdrawals of funds that have been shown to lose more money than what they had put in.

Whether Bancor can survive this in the long term remains to be seen, but they did inform users that the pausing of IL protection would only be temporary, and not to withdraw funds now.

Either way, my popcorn is ready.

Solend – Another One Bites The Dust

The controversy with DeFi governance does not just stop here. On the 19th of June, Solend Protocol, a DeFi lending/borrowing protocol, launched a proposal to mitigate the risks from a degen whale user.

This was meant to target the largest user of Solend, who owns ~25% of Solend’s TVL from being liquidated on his borrowing position. Concerns cited from the liquidations were the following:

The team cited the above concerns are justification to take control of the whale’s wallet.

What made this proposal controversial was that the vote was essentially controlled by one party/wallet which had 98% of voting power. To make things worse, users only had ~6 hours to vote, while there was 3 hours of downtime on the voting website.

This wallet was rumored and accused to be from the Solend team themselves. While the Solend team has denied these allegations and even came up with a second proposal, there has been some indication of suspicious activity as shown below.

In any case, both Bancor and Solend have, under the guise of a “crisis”, made very questionable decisions without the consent of the larger communities at hand.

It does raise the questions: how effective is DAO governance, really? And can we really trust our funds with these projects?

Observe the following trends in not just these 2 protocols, but across the whole space as well:

In a bear market where liquidity starts to flee and investors become fearful, every thing is now vulnerable to a crisis of confidence between user and platform.

The terrors of goblin town continue to strike. We are now in full blown player-vs-player (PvP) mode.

Protocols and platforms now cannibalize each other in an attempt to stay afloat. The fall of LUNA and UST has led to, ironically, even more risky behaviour from participants.

From 3AC to Celsius, each actions now have ripple effects, extending to even DEXes like Bancor, who have chosen to sacrifice trust in an attempt to prevent protocol collapse.

In CeDeFi, platforms can willingly freeze your withdrawals after engaging in high risk activities and blowing up.

In DeFi, protocols that have centralized governance tend to pull shenanigans like what we saw in Sollend and Bancor today – so much for “decentralized” finance!

The fragility in the ecosystem is now glaringly obvious. As the dominoes continue to fall in crypto, I sometimes wonder what projects will truly stand the test of time.

I don’t think that DeFi has failed. However, systemic risks and its consequences are showing, from contagion to other projects and failed governance.

The risk to reward ratio of even leaving your funds in DeFi (centralized platforms are in my opinion, already done) becomes riskier by the minute.

A rising tide lifts all ships – but when the tide goes out, who else is left stranded?