This Project Made Ethereum Deflationary, Where Is It Now? 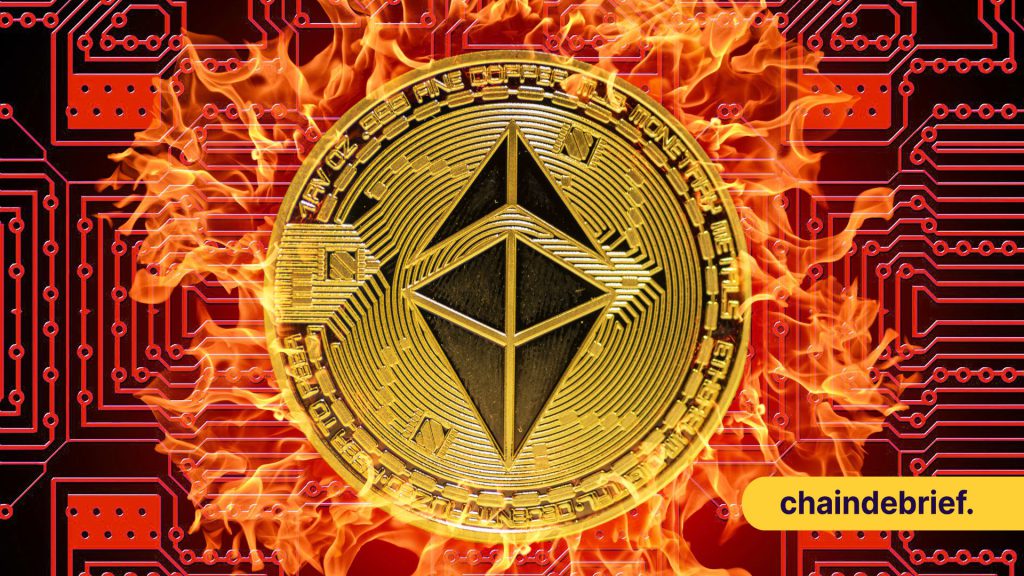 A new crypto project became the top consumer of Ethereum transaction fees causing its issuance to become deflationary. Nearly half of Ethereum’s block space has been consumed by a new project called XEN Crypto which is causing the network issuance to fall and gas prices to rise.

On October 10, XEN Crypto has resulted in more than 1,300 ETH being burnt, approximately worth USD $1.7 million.

So, what’s with the hype?

Also Read: 4000 $ETH Burned in 2 Days, All Thanks To This One Obscure Cryptocurrency

XEN is a project native on the Ethereum chain created by the “Fair Crypto Foundation,” backed by Jack Levin, one of the first employees at Google working on cloud infrastructure. The ethos aims to empower the individual with a token that starts with a zero supply and has no pre-mint, CEX listings, admin keys, or immutable contracts. Foobar commented that it “copies a couple of HEX-like mechanics, but the important thing is that an APY exists,” suggesting that there are some Ponzi-type properties to it.

Launched on October 8, $XEN can be claimed and minted or staked and is based on the first principles of crypto: self-custody, transparency, trust through consensus, and permissionless value exchange without counterparty risk.

According to the XEN Network dashboard, there have been 785,698 active minters since genesis. The total supply is 48.1 billion, and it is offering an APY of 20% for staking of the token. Minting is free with the exception of gas fees.

Levin commented on the effect on Ethereum, saying it was bullish, but maybe not for those that now have to pay more for their transactions.

Upon launched, the token price spiked heavily to a record high of USD $3.68 later that day but has since plummeted to a measly price of USD $0.00003126.

It is worth pointing out that the token was reported to have suffered an attack after someone worked out a way to mint it without having to pay any gas fees, although the crypto has also been held responsible for a large number of $ETH burns.

Either way, it is also important to note at this stage that there is currently no circulation figure for $XEN which means it does not have a recorded market cap.

No huge amount of computing power needed: $BTC is mined using computer that requires tremendous amount of power. On the other hand, $XEN is minted by users simply by connecting their wallets to the dApp.

No limit on wallets: Users can create as many wallets they want as there is no limit. The only limitation is that once users have claimed their rank and are waiting for users tokens to be minted, users can’t claim another cRank with the same wallet. Users need to wait until the end of their term to be able to restart the process again.

How is XEN Doing Right Now?

Since it’s launch, $XEN is down an astounding 100% since its all-time-high.

It’s circulating supply has also increased to over 2 trillion, more than a 50x in 3 months.

Surprisingly, the amount of gas spent in order to mint $XEN has remained high as users aim to capture the arbitrage every time $XEN trades above the amount in gas fees required for minting.

While the initial hype around $XEN has died down, it still accounts for 1% of all $ETH burned daily, a statistic that bodes well for when the bull market returns and on-chain activity restarts.

Although several CEXes such as Huobi, MEXC and Gate have listed $XEN, this is by no means a form of guarantee. Investors are still encouraged to do their own due diligence before investing in any cryptocurrency.

Several have already suggested that it could be a scam. Time will tell if the latest hot cake in crypto turns out to be just another swindle. As usual, do not just ape in just because it’s a free mint!

Read More: Maximizing Returns in Crypto: Understanding The 4 Phases of a Market Cycle