What Is Redacted Cartel And Is It Here To Stay? 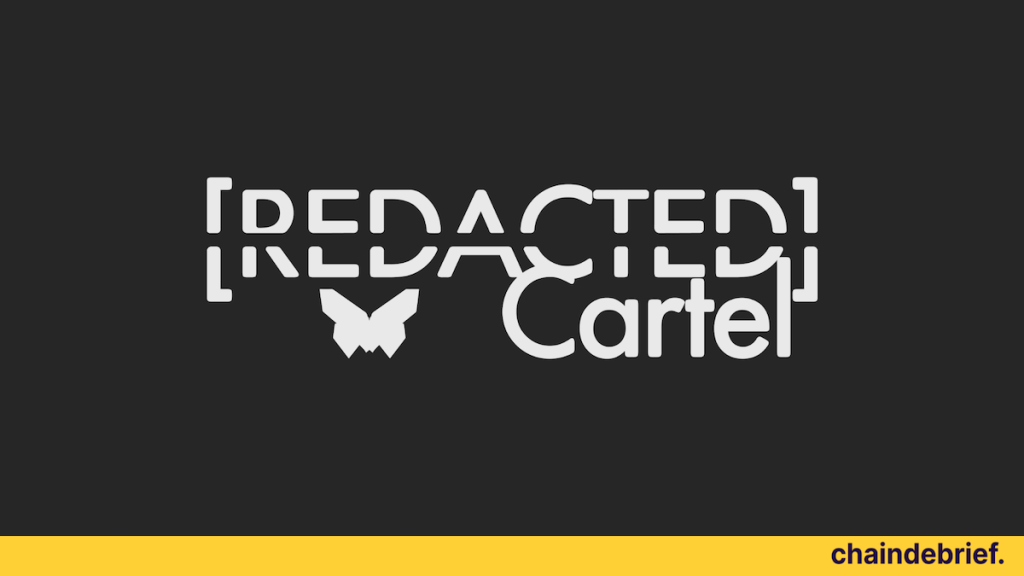 A plain Ohm Fork or the future star of DeFi?

Redacted Cartel was one of the more popular Ohm forks that launched in December 2021, right around the time when forks of OlympusDao was popular and there was massive attention to the markets that spawned Ohm forks on every chain.

Unfortunately the bubble and hype wave around these forks would eventually implode, and with the market becoming bearish for investors as 2021 closed, Redacted seems to be one of the projects that has been left in the dust.

But is that really the case and is the project really done? Just what exactly is Redacted Cartel and how does it fit into DeFi today? Let’s take a look here.

To understand Redacted, we first have to understand Curve. A introduction to Curve, its importance and how the “Curve Wars” work has been explained and covered in article here.

To recap, here are five things to take note of:

The third point is also why the narrative of “Curve Wars” exists in the mindshare of the crypto space: Projects recognize the importance of acquiring voting power over the Curve protocol.

By having a significant ownership of the veCRV tokens and Curve’s governance, protocols can direct CRV liquidity rewards to their pool in order to attract more liquidity. This creates the following benefits:

Additional products have been built on top of Curve, with the most successful being Convex Finance, which offers an attractive deal:

Basically, Convex allows CRV holders and liquidity providers on Curve to get boosted yield without the added effort needed to acquire and lock up into veCRV for years.

Convex users can therefore earn the best yields and to make it special, Convex also offers an additional reward in the form of CVX (Convex’s native token) that are emitted via liquidity mining.

Convex thus acts as a second layer in the Curve ecosystem by providing simplicity for LPers and additional yield. In fact they are the one protocol that has the most veCRV and are effectively the winner of the “Curve Wars”.

We can now observe that whoever controls CVX controls CRV emissions. Because of this, protocols that still want a slice of the Curve pie will have to accumulate CVX, the governance token.

Do note that to participate in governance of Convex, CVX tokens have to be locked for ~16 weeks into vlCVX (this will be important later).

Anyways, a hypothetical example on Convex is shown here:

In addition to just buying up CVX, there is also the alternative of “bribing” a protocol to participate in Convex.

How so? For some protocols, buying CVX tokens from others and attempting to gain a majority may be quite costly. It is cheaper and more efficient to “bribe” CVX holders with rewards (paid in the protocol’s tokens) so that they can get the votes they want.

For example, our Protocol A can now choose to bribe CVX holders so that CVX holders can vote for the Protocol A pool and direct more liquidity mining rewards of CRV and CVX to that pool. Those that voted for Protocol A will get additional bribed rewards as well as their initial yield farming rewards on Convex.

Sounds confusing? How does a protocol or investors that want a part in the Curve Wars hope to participate? What about retail investors that just want exposure to the ecosystem but don’t want to spend so much time and effort?

It’s time for our main participant, Redacted Cartel, to step in. As Redacted Cartel is an Ohm fork, it follows Ohm’s playbook and users have these strategies:

The first two methods are known as the (3,3) and (1,1) methods respectively. More details on how Ohm’s mechanics and strategies for users can be found in our article here.

Now, Redacted Cartel takes a position in the war and abstracts the confusing Curve Wars process away by simply… accumulating all the tokens involved in the Curve War for its treasury! This is done via its bonding mechanisms where users can bond the assets to acquire discounted BTRFLY.

Useful assets include tokens such as CRV, CVX, TOKE, wETH and FXS. By doing so, Redacted Cartel creates a basket of ‘useful’ assets to back the native token, $BTRFLY.

Because of this, it was thought of by some to be the “liquidity black hole” for the Curve Wars token and was also labelled as the “Convex of Convex or Convex 2.0”.

The excitement around an Ohm fork that took part in the Curve ecosystem was immense and 48 hours post launch, Redacted already raised more than $70 million consisting of CRV, CVX and OHM in its treasury.

Currently, when taking a look at the numbers, Redacted’s progress in the Curve Wars (as a project that only launched in December) speaks for itself:

Of course, as an Ohm Fork, since BTRFLY tokens are being released into the supply either via rewards or bonding at a discount, the amount of tokens naturally increases and there is inflation in the ecosystem. By staking, one actually prevents dilution of their market share they own for the BTRFLY token.

In other words, as long as the market cap of BTRFLY continues to grow over time, you will not be making a loss in the long run. This is easier said than done and BTRFLY, just like any other crypto token, alongside the added risk of being an Ohm fork, has been very volatile for investors.

Redacted Cartel’s team has not let these issues stop them. They have in fact been building and working hard behind the scenes in order to

Redacted has actually planned for a version 2 (v2) and will pivot to a fixed token model that has the following:

Alongside its tokenomics revamp, the two other features look to be very promising and will be, in my opinion, a key source of revenue for the Cartel in the future. So what exactly is the Hidden Hand and Pirex?

Hidden Hand is related to the bribing portion I mentioned earlier in the article. The Hidden Hand marketplace enables protocols that have a veToken system to access a marketplace where others can bribe veToken holders to vote for their pools. The veToken model has gotten popular across many DeFi protocols across all chains recently (JOE and PTP being an example on AVAX).

The key rationale for Hidden Hand is that it provides more revenue to BTRFLY: Hidden Hand takes 4% fee for each bribe and distributes half to the treasury (increases the backing) and half to rlBTRFLY holders for locking their tokens in the protocol.

Hidden Hand thus generates a new level of cash flow streams to Redacted and incentivizes users to stake their BTRFLY after emissions from following its initial Ohm fork mechanics are reduced.

rlBTRFLY will be popular for retail and glBTRFLY will be catered towards protocols that want to have a say in governing BTRFLY for their own interests – both rlBTRFLY and glBTRFLY will overall raise the net demand for the BTRFLY token, alleviating the previous rebase issues where supply dilution was far greater than demand.

Couple that with cutting out the high APY emissions, and there is a recipe for success here.

The other feature is Pirex, which provides users liquid vote-locked CVX tokens (vlCVX). From what I mentioned earlier, CVX tokens used for voting has to be locked up into vlCVX for about ~16 weeks. Now, 16 weeks is very long (especially in the world of crypto) and Pirex aims to solve through the following:

These Futures Notes(BFN) lets users speculate on the future yield that each vlCVX token have in the future. Yield speculation and tokenization is indeed a niche market, but some other projects like Pendle Finance do have a focus on it. However, Redacted also plans to go multi-chain with Pirex using LayerZero Network. Of course, fees from Pirex goes back to the treasury as well as rlBTRFLY holders.

In summary, Hidden Hand and Pirex will allow for BTRFLY to gain new forms of revenue that accrue value directly to the token itself.

Lastly, Redacted Cartel has recently partnered with Terra Finance Labs (LUNA), and Frax Finance to launch 4pool on Curve, a liquidity pool consisting of 25% UST, FRAX, USDC and USDT. Some impacts and future repercussions are discussed by the Founder of Frax Finance here:

A conservative prediction that I would give for this is that there will be increased demand for UST and FRAX as stablecoin once 4pool acquires deeper liquidity, which is bullish for the Curve ecosystem and also indirectly helps Redacted Cartel.

Redacted Cartel has had a strong launch and smooth start during December, and was an ideal candidate in capturing attention from two narratives back then, namely the Curve Wars and the Ohm fork season.

What impresses me is the team’s focus on fundamentals. They are building out important features that are not seen before on the market (Hidden Hand), as well as being quick to adapt to its weaknesses, reworking its inflationary model. The team also plays to its strengths and has a strong synergy with other projects as well (recent Frax and Luna partnership being a clear example).

I do not believe the comments that simply dismiss BTRFLY as just another fancy Ohm fork. Underneath its Ohm fork mechanics, Redacted has an interesting role to play in the Curve ecosystem, and looks to be extending its influence to all other veTokens in the space via Hidden Hand.

In my view, Redacted Cartel is here to stay, and who knows? The Cartel might just be the one blue chip that could raise a storm in the world of crypto some day.

Read Also: Solving The Bridging Trilemma: Everything You Need To Know About Stargate Finance