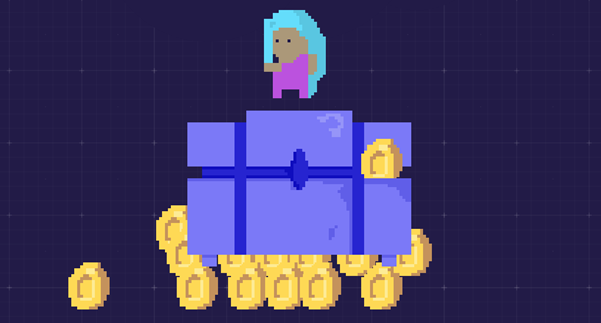 As the Crypto space grows, it may finally be time to dig deeper into one of the more overlooked sectors — stablecoins.

Between the United States Federal Reserve cracking down on stablecoins, various countries looking into creating their own and speculation over whether Tether’s USDT is properly collateralized, knowing what your wealth is backed by may just help you sleep better at night.

What is a stablecoin and why was $MIM created?

Simply put, a stablecoin is a cryptocurrency that is pegged to a certain value. Though most stablecoins are pegged to the US Dollar, there exist others such as $XSGD and $EURs, pegged to the Singapore Dollar and Euro respectively.

While on the surface these stablecoins may all seem the same, they actually differ in the following ways:

In fact, while crypto fans may tout the promise of decentralization, certain stablecoins remain centralized with the assets backing them being questionable at best.

$USDT is a common one, and problems surrounding it have come to light recently, especially since they are able to easily freeze on-chain assets.

$MIM, or Magic Internet Money, was created out of the need for a decentralized stablecoin that could be easily used cross-chain.

Furthermore, $MIM is backed by Interest-Bearing Tokens as collateral, allowing the user’s deposit to grow with respect to their debt to keep their position healthy.

The problem with stablecoins

While major stablecoins are expected to keep or stay close to their peg, during extreme market conditions their ability to stay at US$1 can be tested both ways.

For example, during market downturns, users may seek to swap stablecoins to their respective fiat currency, which would cause major selling pressure.

While stablecoins such as $UST have shown their ability to stay at a dollar during massive market moves, $MIM has yet to be properly tested

So how does $MIM keep peg?

Firstly, whales can arbitrage the value of $MIM on different swaps.

For example, if $MIM is trading for less on one exchange than another, whales can buy large amounts of it on one and sell on another, profiting from the difference.

While a US$2 profit off of US$1000 doesn’t seem like a lot, this becomes US$2000 risk-free profit per million. Using flash loans, this could easily become US$100,000 risk-free in a matter of seconds.

Though this helps to keep peg across different exchanges, arbitrage profits become increasingly thin as more and more users perform it and slippage becomes a problem with high-volume trades.

Another way $MIM keeps peg is by incentivizing deep liquidity pools on exchanges such as Curve Finance.

By Bribing voters with $SPELL, Abracadabra can direct rewards towards the MIM- 3CRV pool, which allows users to swap to and from $MIM with low slippage.

Incentivizing users to supply $MIM to the liquidity pool also means that if $MIM were de-pegged to the downside, the smart contract would buy $MIM until its USD value matches that of its pair.

However, if $MIM were to go to zero, liquidity pairs would still not be enough.

As $MIM is borrowed against interest bearing tokens, one of the more popular uses of it is to leverage those positions in order to increase APYs.

While leveraging $MIM on protocols such as Yearn can result in cascading liquidations for those positions, one of the more worrisome uses is what is commonly referred to as the “Degenbox” strategy.

This involves leveraging your $UST on anchor protocol to go from roughly 20% APY to about 140%.

As $UST is a stablecoin, high leverage may be taken to maximize yields as the downsides are minimal as long as it does not de-peg.

However, at just 5x leverage, $UST falling by 9% would lead to your position getting liquidated, meaning that $UST would be sold for $MIM to repay your loan.

If $UST remains de-pegged, this could increase the price of $MIM as it is continuously bought to repay loans, liquidating a lot more people using this strategy.

Currently, $MIM’s peg has only been tested twice, once to the upside and once to the downside. However, it hasn’t broken peg significantly and has been stable ever since.

If stablecoin de-pegging is really a concern, you can get insurance against $MIM falling below $1. However, depending on the insurance, it may not cover leveraged positions or smart contract risks.

While $MIM is a relatively new stablecoin, its supply being fully, transparently, collateralized by interest-bearing tokens and the use of kashi lending markets means that it is hard imagine it being fully de-pegged.

Furthermore, even though it’s a token many leveraged positions centre around, cascading liquidations around $wMEMO have barely moved the peg. However, that doesn’t mean that $MIM is fully safe. Even the largest of stablecoins have de-pegged in extreme market conditions and there remains a major market event that has to occur to stress-test $MIM.

One thing we could keep an eye out for is when $SPELL bribes on curve run out and whether liquidity pools stop running so deep. If so, $MIM may not be able to keep peg as well unless further incentives are given out or it becomes widely adopted across the crypto space.

Also Read: Earn Yield From Stablecoins: Where You Can Stake Them And How Much Interest You Can Earn