MakerDAO founder, Rune Christensen, plans to uproot all the USDC from the protocol’s US$10.9 billion treasury and swap it into ETH.

Centre, the consortium behind USDC, has banned 38 addresses linked to Tornado Cash. The USDC tokens in those addresses will be frozen and cannot be moved.

This caused worry within the MakerDAO community as they hold a large amount of USDC as collateral on DAI, its own over-collateral stablecoin.

It is estimated that over 80% of DAI is backed by stablecoins, of which USDC is in the majority.

On MakerDAO’s discord, Rune said the sanctions are “a lot more serious than I first thought.” He also floated the idea that DAI “should seriously consider preparing to depeg from USD.”

He then mentioned his grand scheme to “yolo USDC into ETH“. As MakerDAO relies on USDC arbitrage to hold DAI USD peg, moving away from USDC would increase the chance of depegging from USD.

“obviously suicide to yolo it all, but I think the risk/reward of a partial uprooting may be acceptable.” Rune adds.

Many community members took to Twitter to voice their worries. Some even referenced DAI to the failed algo-stable, UST.

Vitalik Buterin, co-creator of Ethereum, also say that it is a “risky and terrible idea”. As the whole reserve would be made out of mostly ETH, if ETH drop in value “the whole system would risk becoming a fractional reserve.”

By moving DAI away from a stable value, it would have adverse implications for the DeFi space and it would ruin DAI as a whole. It would also make DAI less desirable and I wouldn’t be surprised if there is a mass redemption of DAI. 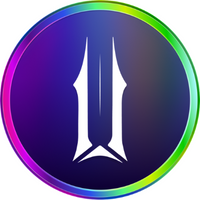