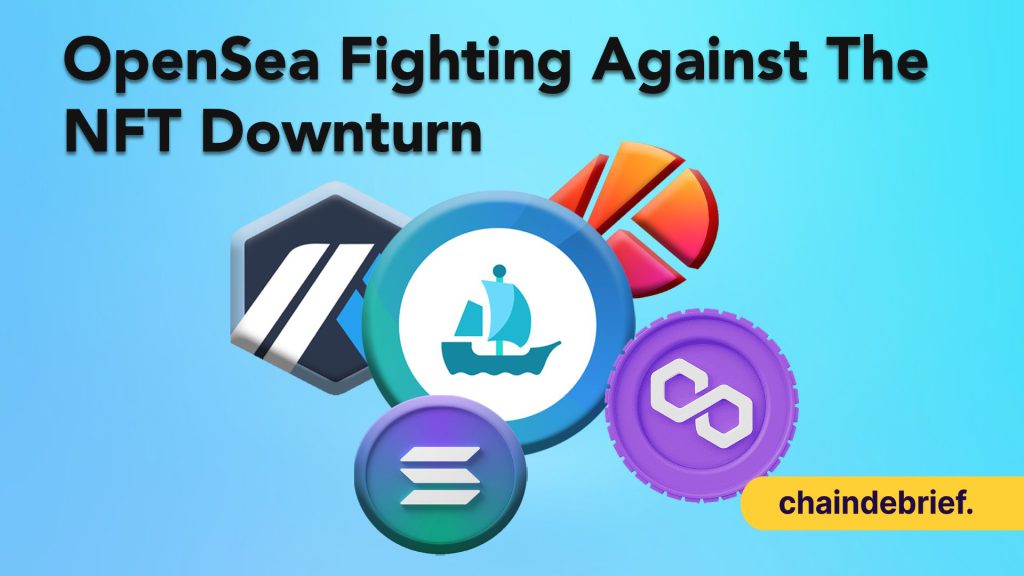 Just recently, the company announced that they are adding new features to the marketplace in an attempt to offer an “easier, safer and more immersive” new drop experience. Essentially, OpenSea has added three new features:

OpenSea noted that popular NFT collections Smolverse, GMX’s Blueberry Club, and Diamond Pepes would be among the first uploaded onto the marketplace.

Also Read: Build The Next Opensea: Will SeaPort Be The Catalyst For NFT Adoption?

The integration comes amid a dull monthly trading volume on OpenSea, hitting levels not seen since last summer. This month’s figures stand in stark comparison to the all-time highs of USD $4.8 billion in January just 8 months back.

However, OpenSea is not alone. Other NFT marketplaces such as LooksRare, Rarible, SuperRare, and Magic Eden have all suffered a comparable cyclical decline.

Will Arbitrum raise the standards?

The majority of NFTs on Arbitrum currently reside on smaller marketplaces such as Agora and Stratos.

According to DeFi Llama, the network’s most popular collections have already brought in millions of dollars worth of investments.

Ranked 1st, the Seed of Life collection has a total trading volume of USD $11.79 million, while Legions Genesis coming in at a close 2nd has facilitated USD $11.25 million across the PancakeSwap and Treasure marketplaces.

The move to integrate collections like these with OpenSea could potentially see a spike in volume traded.

OpenSea has made several changes and it just recently revamped the NFT market’s homepage. Statistically, OpenSea’s NFT marketplace is the largest NFT platform by sales volume settling at USD $31.53 billion in all-time sales.

This move to integrate Arbitrum could see OpenSea continue to dominate the NFT marketplace despite new players joining the system. Arbitrum could prove to be vital in mass NFT adoption in future given the quick and cheap transactions. This will propel OpenSea to greater heights in time to come.

Read More: Build The Next Opensea: Will SeaPort Be The Catalyst For NFT Adoption?