Signs The FTX Crash Was Bound To Happen 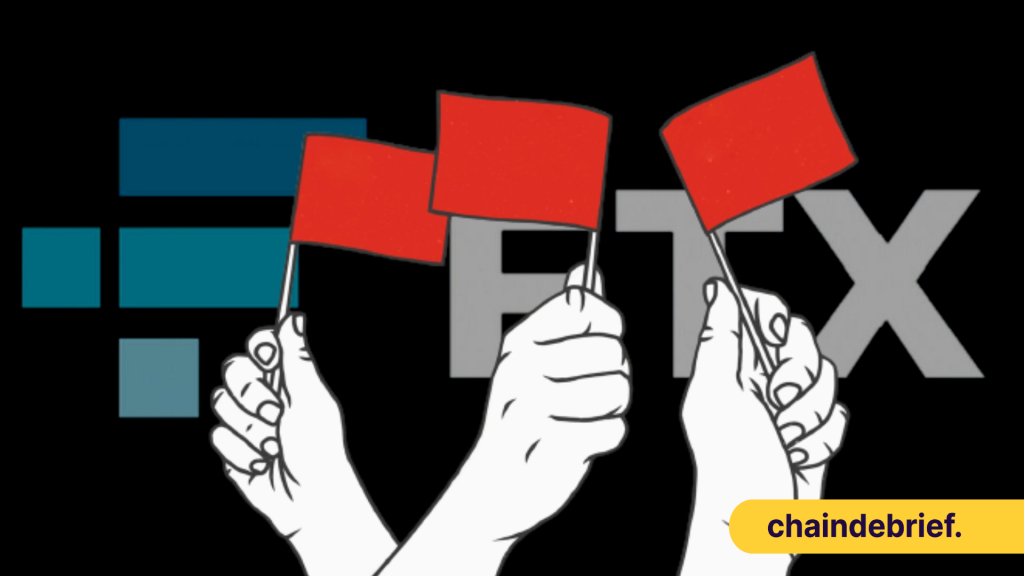 There is so much more to unpack here; not only did the fall of FTX cause severe ramifications to the space, some say it set the market back years. To understand the entire situation better, we need to go way back and start at the very beginning, when FTX and Alameda were still in their infancy.

This article is widely adapted from Jason Choi, who wrote a 61-tweet thread on the rise and fall of FTX, citing information from the New York Times, which was not included.

To many, 15% annualized returns in fixed-rate loans sound like a pretty good deal. Especially when banks offer 2-3% interest payments, their claim seems sensible and achievable to deliver.

The cherry on top of the cake is their claims promising investors “High Returns with No Risk” and that loans they provide have “No Downside.”

With their seed round, they can $8M seed, including Race Capital, Kenetic, Galois Capital, FBG Capital and Consensus Lab, announced in August 2019.

Although this might lay the first steps before FTX rises to the top to become the 2nd largest crypto exchange, one investor’s memo cited concerns over “Alameda & FTX” as a risk.

This was mainly due to Sam Bankman Fried’s (SBF) split commitment between FTX and Alameda. The memo highlighted, “An exchange (FTX) needs a market maker to get it off the ground, and Alameda will be the initial market marker for FTX itself.”

Allegedly, FTX was used by Alameda as an easy way to access capital, especially when it was rumoured Alameda had difficulties raising funds on its own. Like I said, ALLEGEDLY.

With that in mind, Alameda is a heavy portion of FTX volumes and was widely regarded as an open secret. It is also good to note that employees of FTX mentioned that Alameda has an exclusive API key which allows for faster access than any other users, “offering a systematic way to profit off clients.”

In September 2019, Alameda attempted to manipulate futures on Binance, as reported by CZ himself. Although he kept the “small exchange” anonymous, there are no surprises about who they are.

This might be the first jab Alameda threw at Binance, which spells the bad blood between the two entities.

DeFi summer refers to the season which saw the emergence of viable alternatives to traditional centralized finance with decentralized apps. This application offers an array of inclusive financial services such as yield farming, lending and borrowing.

Riding on the hype, FTX capitalized on the DeFi hype by creating a decentralized exchange on Solana called Serum.

The fundraising for Serum was said to be conducted to incentivize investors to commit their funds early, at cheaper “buy-ins.”

As seen in the screenshot of their fundraising tranches below, some investors who got in later had to commit 50% more than those committing hours earlier.

This snowballed into FTX being directly involved with other Solana ecosystem projects, such as Oxygen Protocol and MAPS, which SBF shilled on Twitter.

FTX’s decision to move away from a delta-neutral strategy enabled them to venture into starting these projects, allowing more employees to focus on the DeFi protocols.

What does this mean, though? Alameda’s new strategy took a completely different directional switch which came with increased risk and involved massive amounts of leverage.

But how did Serum fit into the bigger picture? They were likely used as collateral to enable the leverage mentioned above. The added boost of a small pool of circulating supply means easier manipulation of the artificial price for them to use and capitalize on their balance sheet.

Imagine Alameda funding project A, with $10M of fully diluted valuation (the price of token * a total number of tokens issued) with 2M dollars.

FTX lists project A’s tokens on their exchange but only releases 1% of the total tokens to the market. Remember supply and demand? This will take full effect. The small supply will likely increase the token’s price even with the same demand levels.

By utilizing this concept, Alameda can prop up prices, manipulating them in their favour to reflect a false, fully diluted valuation.

Fix your eyes on the ratio between the circulating supply and the total supply.

This enables Alameda to create a facade of a large and diversified balance sheet, which they can easily use to borrow more funds elsewhere.

While some ride anything protocols to gain a quick buck, others question the projects’ legitimacy.

Here are some insights on an insider who worked closely with SBF on OXY, MAPS and LQID.

All in all, this made Alamdea hundreds of Millions, and it was also revealed that Serum coins and FTX’s native token FTT were pledged on FTX to allow such assets to be used as collateral.

The hole is created

This was where the hole was likely to be created. Pledging illiquid collateral to borrow money is bonkers.

Remember I talked about them making high-leverage bets? Not only did they do this with borrowed money, but the ship would also sink if these bets were wrong.

As the market continued in the opposite direction from where they wanted it to go, their position came under fire by getting margin called. FTX, at this time, a powerhouse of an exchange, likely be Alameda’s saviour.

The implications? FTX’s liquid reserves were likely to be lower than user deposits. But unlike 3AC, FTX managed the situation and tied the wave without getting much attention on Alameda, even when the ship was hit.

Knowing for a fact that SBF needs to keep the equity value of FTX and the FTT token above water, they decided to increase their marketing.

This was when they decided to enter a $135M deal to rename NBA Miami Heats Stadium and even proposed to fund Elon Musk’s Twitter takeover with $3B, which Elon later rejected.

Along with a few fundraisers with Paradigm, Sequoia and Temasek, FTX was seemingly doing well amidst the aftermath of the LUNA crash. The mainstream audience now has a positive on how FTX is doing amidst the market turmoil.

At the same time, SBF was aggressively making grounds for establishing regulations.

In October, SBF published a standard for regulation that favoured FTX over other DeFi competitors, which received negative sentiments from the crypto audience.

It is also important to note that SBF’s parents are both professors at Standford. Why is this important? They are known to have strong ties to the Democrats in the US. Politics, political parties, it’s starting to make sense.

Find out more in a detailed thread on SBF’s family relationship with political ties below.

FTX secured a $1.4B bid on underwater Voyager Digital, which went down due to the collapse of Three Arrows Capital.

This a reminder that FTX was in a cash crunch. The likely explanation is that FTX bailed out entities with large $FTT.

After that, SBF also seemed to establish its position in Washington. Here’s the deleted tweet.

Shortly after, CoinDesk released a piece of Alameda’s balance sheet, which caused the massive storm leading to the fall of FTX.

We covered FTX news extensively in our previous articles. Check them out in running order.

Will There Be A Bank Run On FTX?

Now That FTX has Broken The Trust For Everyone, What’s Next For Us?

Binance Walks Away; who Can Save FTX Right Now?

Could Justin Sun Save The Crypto Market, Or Does He Have A Hidden Agenda?

Update: What To Do If You Have Funds On FTX

Top 3 Decentralized Platforms As An Alternative To Trade On FTX

In hindsight, the evidence was all around us, but we all chose to ignore the signs. To have millions of retail investors, celebrities, and key opinion leaders to significant funds putting their trust into a flawed system also reflects a jarring issue within the crypto space; that we all chase gains.

We don’t need to learn the hard way, but the market (or people at the top) always has its way of teaching us a lesson. While the “Nothing too big to fail” quote resurfaced for the second time this year, 2022 was a significant reminder that we are not ready for decentralization.

This fundamental issue needs to be resolved before we are entirely ready for a world of decentralization. Although regulations may seem like a hindrance right now, I believe they may be an essential piece moving forward. Until then, when bad actors continue to be key opinion leaders in the space, retail investors will always be at the shorter end of the stick.