Uniswap In Talks With Paypal, E*Trade And Robinhood To Discuss De-Fi 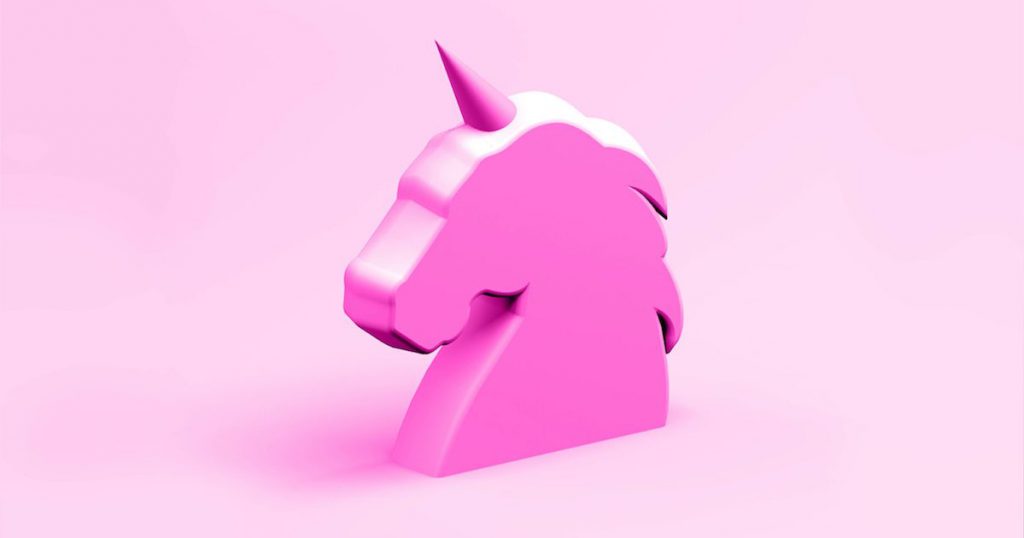 At the recent Ethereum Community Conference (EthCC) held in Paris, Uniswap’s growth lead, Ashleigh Schapp revealed that it is in discussions with several prominent powerhouses including Paypal, E*Trade and Robinhood.

The EthCC is the biggest annual European Ethereum event focused on technology and community.

“Uniswap is super excited to be at the forefront of that. We’re doing a lot of work actually, to work closely with these consumer financial applications…so you got the Paypal, E*Trade and Robinhood. We’re trying to put Uniswap, and the rest of De-Fi sort of right there in those applications that the users are already using so that we can bring the dream of open, 100%-uptime liquidity to the whole world.”

She further went into details about the various areas of exploration that Uniswap is engaged in, including liquidity provisioning and development of Know-Your-Customer (KYC) tools.

It is also planning to address various pain points that these giant consumer applications are facing with regards to inefficient and costly settlement mechanics that they’re facing.

Uniswap is the largest decentralized exchange (DEX) on the Ethereum blockchain.

It uses smart contracts to automate the trading process, allowing users to interact directly with the deep liquidity pools that are backed by users who earn incentives by supplying tokens to these liquidity pools.

Unlike centralized exchanges that have their own order books, DEXs like Uniswap operate as an automated market maker (AMM), meaning that users can trade between coins in a much easier fashion with less complexity and more importantly, have total control over their coins at all times.

Uniswap represents a critical component within the De-Fi infrastructure, serving many applications on the Ethereum blockchain that require access to liquidity.

The prevention by Ashleigh hovered around key areas where the synergy of Uniswap’s decentralized offerings could be integrated with Paypal, E*Trade or Robinhood;

Perhaps the most promising synergy for Uniswap’s integration with consumer fintech applications is the provision of cryptocurrency liquidity.

Users of traditional financial (TradFi) applications have been very interested with De-Fi and this has created pressure from TradFi apps to understand the decentralized ecosystem at greater depths.

This would naturally be the first step in exploring the types of products and services that could be launched on TradFi apps in the pursuit of staying relevant to their user base.

On a more foundational level, the traditional market makers of TradFi apps like Robinhood are simply not sufficient to provide the depth of liquidity needed to fulfil liquidity demand for users.

The rising adoption and demand for cryptocurrencies has increased the need for a greater level of liquidity amongst the TradFi apps, and Uniswap is at the perfect position to capitalize by providing a deeper pool of liquidity.

In addition to that, the traditional market makers that TradFi apps are currently engaged with all have differing rules and limits, making it hard to standardize trade settlement and optimize trade execution.

Ashleigh mentioned, “Their users want ultimate flexibility, ultimate optionality, 100% uptime. They want the ability to join this tokenized world, this tokenized ecosystem. You’re already seeing it at Robinhood, all these various consumer fintech applications where things like Dogecoin has exploded in popularity.”

The value proposition of AMMs like Uniswap for automatic trade execution and settlement would exponentially streamline the trading process of TradFi apps and reduce the operational costs with regard to trade settlement.

It was mentioned that Uniswap is currently in a “deep research phase” in exploring various KYC requirements and standards with various consumer fintech applications to streamline De-Fi adoption.

KYC requirements are defined as the string of processes where a regulated platform must collect all relevant information about the user centered around their identity and their financial documents so as to reduce the risk of money laundering, identify theft, financial fraud, and the financing of criminal organizations.

Given the increasing regulatory scrutiny of the entire cryptocurrency space, KYC and AML regulations is a vital component that regulators look for, especially since there are strict guidelines and requirements related to traditional financial transactions that fintech applications must adhere to.

Adhering to the KYC requirements of the traditional system would naturally be the first barrier of entry for TradFi applications.

In order to make it easy for TradFi apps to integrate with Uniswap, it is seeking to “build a product in partnership” with them (TradFi apps).

“W’re going to help them build something that will allows them to plug into this (decentralized) ecosystem and into this world,” said Ashleigh.

The integration of a regulated fiat gateway with De-Fi apps have already been on the rise, with Compound Finance, a popular decentralized lending marketplace, recently announcing the launch of a De-Fi treasury facility for institutions.

What this means for De-Fi

Uniswap’s potential synergies with consumer fintech giants is certainly a big step for the cryptocurrency community.

Harnessing the power of decentralization could significantly enhance TradFi’s operational processes and accede to the growing retail demand for a more diverse product offering that is focused on DeFi.

These potential partnerships could pave the way for greater collaborations with stakeholders in both the Defi and TradeFi space.

Also Read: How To Get Started With Decentralised Finance (DeFi) For Beginners