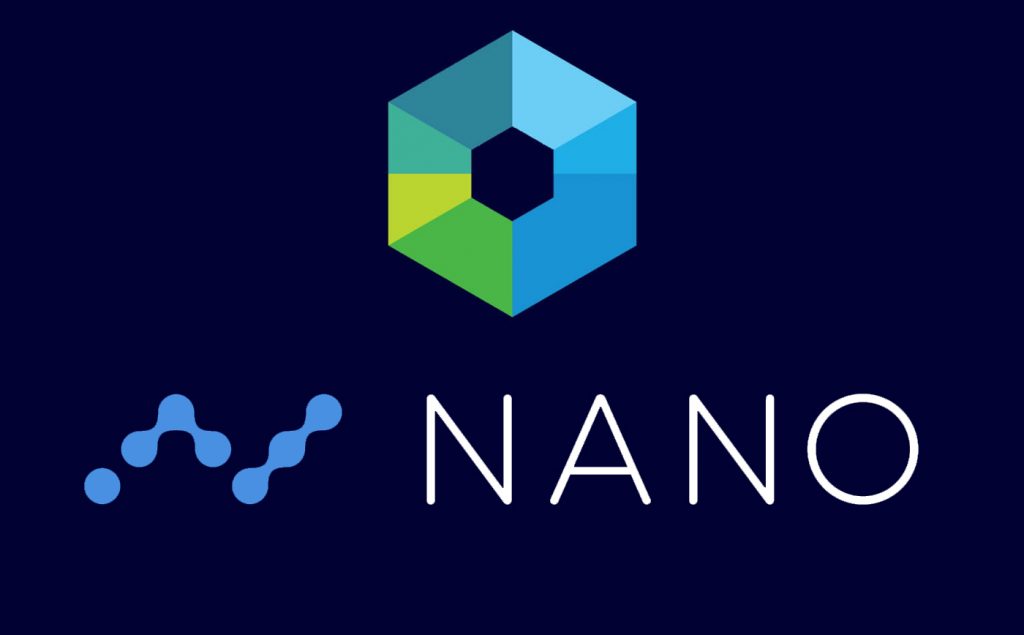 Nano (NANO) was launched in 2015 as RaiBlocks (XRB), and was created by software engineer Colin LeMahieu to address the most common inefficiencies present in Bitcoin – transfer times, high fees and scalability.

“In starting our platform, I realized that while many people were experimenting with various blockchain technologies, I felt a digital currency that could be transferred instantaneously, with zero fees and unlimited scalability, would be embraced.”

Unlike Bitcoin, Nano is able to achieve almost instant transactions, zero-fees and near unlimited scalability.

This is achieved using a block-lattice (a form of Directed Acyclic Graph), and is unlike most cryptocurrencies, which use a single blockchain structure.

In a block-lattice design, each user owns their own blockchain which allows blocks to be added without conflict, and sent to the network for confirmation.

Each user blockchain tracks their own account balance instead of the transaction amount, allowing for less intensive storage requirements.

Balances are updated through send and receive blocks. A send transaction deducts funds from a sender’s balance while a receive transaction adds funds to a receiver’s balance.

As each user has their own individual blockchain contributing to the overall block-lattice, each blockchain can operate independently of each other, resulting in almost instant transfers.

Consensus mechanisms like Proof of Work and Proof of Stake are no longer required to secure the system, which means no miners and thus free transfers (except for energy usage which is still 548 thousand times cheaper than a bitcoin transaction).

“Thus began the construction of the block-lattice, a message-passing data-structure where each account has the ability to add transactions to their account with zero contention.”

Traditional blockchains blocks are limited in size, and along with Proof of Work consensus protocols, create a bottleneck in transaction processing capacity.

Bitcoin processes up to 7 transactions per second (tps), while a centralized system like Visa is able to process 1,700 tps.

As on-chain transactions increased, the limitations of the blockchain became more prevalent. More transactions on a limited bandwidth translated to higher fees along with longer confirmation times.

This was the Ethereum faced, and fees skyrocketed to as much as US$30 per transaction compared to less than US$1 per transaction years ago — resulting in the development of new protocols called Layer 2 Scaling Solutions to overcome the congestion.

However, when coupled with its low energy usage, Nano has almost unlimited scalability. Bitcoin uses around 741 kWh of electricity per transaction, while Nano only uses 0.000112 kWh, making it extremely eco-friendly.

Nano’s feeless nature is one of its greatest assets but also its greatest vulnerability as there are no barriers to processing transactions.

Before March 2021, Nano had 5.5M accounts over a 5-year period and within 10 days, hackers increased this number to over 20M through fake accounts and transactions, slowing Nano down to 100 tps.

“The network was at a sustained 70+tps over a week and nodes were falling out of sync. When representatives lower the bandwidth cap it effectively reduces the network tps which allows them to catch up. Unfortunately, the attacker was also exploiting a poor performance case in the node so resyncing is slow,”

Nano has since implemented a Proof of Work mechanism to resist against spam attacks. Proof of Work is still not used as a consensus mechanism, which allows Nano to keep its almost fee-less transfers.

Nano has not laid out any specific roadmaps or future plans on their website. Its last update details a partnership with Airtm, an online e-wallet and exchange platform catered to individuals mainly in Venezuela, Argentina and Nigeria who are affected by restrictive banking systems and volatile inflation rates.

Early this year, private equity group 465 Digitial Investments announced that they were planning to use Nano in an FX pipeline as payment rails for countries where payments are inefficient and expensive.

However little can be found about the company online and on social media (their old account), and claims of being early investors in Facebook, Deliveroo and Revolut are not reflected in their Crunchbase profile.

In other news, Director of the Nano Foundation, George Coxon has also been recently appointed the role of Advisor for The Global Blockchain Initiative – a non-profit organization with a mission of strengthening academic inclusion of blockchain education. The appointment signals a positive outlook for Nano to increase its reach among the public.

Nano’s adoption footprint within the cryptocurrency space as of late has been mildly eventful, however most of its current updates are being overshadowed by the March spam attacks. New partnerships and announcements have also still yet to break the veil of what would be considered ‘revolutionary’ news.

As of now, we have yet to see any official major updates within the community regarding the coin’s future.

Is Nano worth looking at?

While Nano has almost instant transfers, costs almost nothing to use and has an almost nonexistent energy usage, there are little economic incentives with the coin from an individual’s point of view.

The Nano team however explains that the usage of Nano within systems leads to more natural economic incentives.

For example, businesses which utilize Nano as a main payment processor will not need to rely on a third party to process transactions, effectively lowering overhead and increasing profits.

However, Nano is still a coin with no other inherent use cases aside from the above. This has led to the bulk of the criticism it has received. Unlike smart contracts, NFTs, decentralized exchanges or stablecoins, Nano is still only a coin, but with fast transfer times and no fees.

Until widespread institutional adoption occurs, Nano will have yet to reach a critical mass of users to benefit from a network effect, and still remains a coin which is known by many, yet not commonly used.