Fantom: A Look At The Fantom Network’s Year-To-Date 150x Run-Up In Price 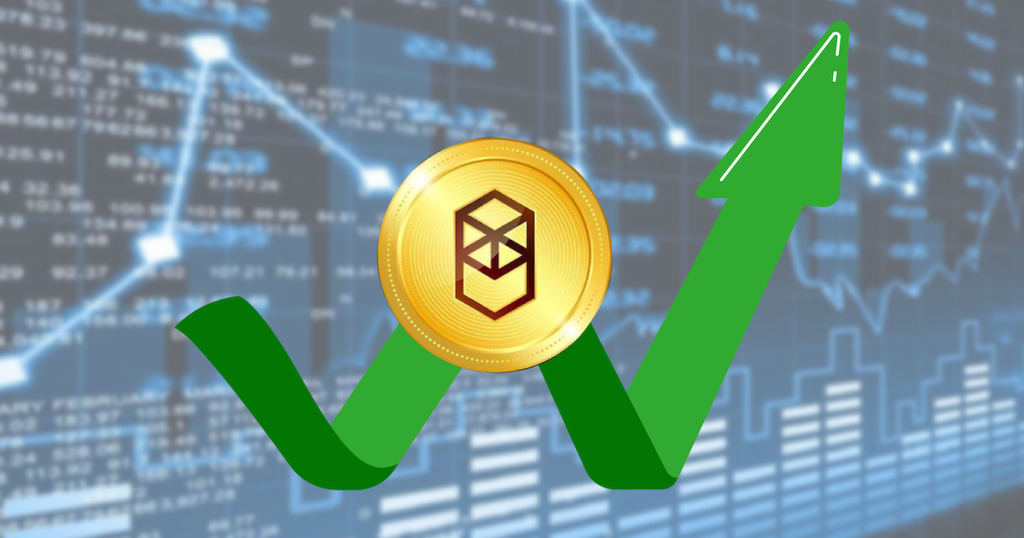 With congestion issues and the continued trend of high gas fees on the Ethereum network, much capital has flowed into alternative blockchains which seek to solve the scalability challenges that the Ethereum blockchain is grappling with.

Strong public attention has recently been focused on blockchains such as Solana and Avalanche, and the Fantom network has adopted a more low-key approach to ecosystem building. However it has not gone unnoticed by the market as well.

We take a deeper look at the key factors driving up the run-up in FTM’s price, and examine if it is worth investing into FTM at its current valuation.

Fantom is a high-performance, scalable, and secure smart-contract platform designed to overcome the limitations of earlier blockchain platforms. Similar to other Ethereum alternatives, the blockchain is permissionless, decentralized, and open-source.

Fantom’s infrastructure is based on what it terms an Asynchronous Byzantine Fault Tolerant (aBFT) Proof of Stake (PoS) Consensus.

Known as Lachesis, Fantom’s consensus mechanism enables network data to be processed at different times, and also boasts near-instant finality (transactions are confirmed and finalized on an average of 1 second).

This works with each network node recording the chronology of event blocks and transactions in these blocks, with each node achieving consensus independently.

Subsequently, once transactions are confirmed, they are then compiled into finalized blocks which sit on the base layer of the Fantom blockchain.

Because each independent node does not confirm finalized blocks or the overall status of the blockchain, the network is able to achieve its promise of near-instant finality.

Fantom differs from a network such as Solana by being compatible with the Ethereum Virtual Machine (EVM) – this means that applications built on Fantom are interoperable with Ethereum.

On 30 August 2021, the Fantom Foundation announced an incentive programme of 370m FTM to help grow the decentralized application ecosystem on Fantom.

This approach is similar to other blockchains which have launched aggressive incentive programmesm, such as Avalanche and its ‘Avalanche Rush’ programme.

What is notable about the Fantom programme is the scale of the incentives — which were valued at ~USD300m, compared to the USD180m announced by Avalanche.

Protocol teams are able to apply for rewards from the fantom Foundation based on their total value locked (TVL), with the following bands:

Awards are vested over 12 months, with vesting also paused if the TVL of the protocol falls below the minimum threshold of USD5m. This system rewards the protocols which have built up sustainable user growth, and penalizes those that pursue rapid short-run growth and lose momentum over time.

On top of the overall growth generated on the blockchain, established protocols on Ethereum such as Yearn Finance, SushiSwap, CREAM, and Curve have all deployed on Fantom and are continuing to contribute to TVL growth on the blockchain.

Other leading protocols on Fantom include SpookySwap, SpiritSwap (AMMs and DEXs) and Geist Finance (Lending and borrowing).

One of the most exciting developments on Fantom recently has been the launch of Artion on 24 September. Artion is the native NFT marketplace on Fantom, offering flat mint fees of 1 FTM (USD2.50 at the time of writing), 0% commission on sales, near-zero transaction costs, as well as Metamask and Coinbase Wallet support.

A potential game-changing development is that Artion is looking to deploy Anyswap’s Ethereum-Fantom NFT bridge for interoperability with Ethereum, which would make Artion the first cross-chain NFT marketplace.

Given the challenges particularly with high gas fees for NFT minting on the Ethereum network, Artion can potentially provide a new ecosystem for NFT launches in the future.

With the proliferation in gaming projects, Fantom is itself notable for the growth of Andrew Cronje’s Rarity project, which is a composable gaming experience.

To further stimulate the growth of GameFi, the Fantom Foundation recently announced the expansion of its incentive programme to cover blockchain gaming projects, with a focus on the active user metric rather than the TVL metric.

Similar to the DeFi incentive standards, gaming projects are required to maintain their active user base in other to qualify for rewards, which vest over 12 months. There is also a built-in 1-month cliff to prevent projects from ‘gaming the system’.

Should I invest in FTM now?

Comparing FTM with AVAX, which currently has a market capitalization of USD14.4bn, FTM continues to have significant headroom for future value growth, to the extent that the FTM ecosystem continues growing and expanding at an equivalent or higher speed than Avalanche.

As alternative blockchains to Ethereum continue to mature, users should certainly take the time to explore the different ecosystems as a user to better understand the experience, as well as to dive deeper into the decentralized applications building on each blockchain.

One should certainly keep an eye out for the exciting applications that are building on Fantom, particularly in the NFT and GameFi space, which looks to be the next growth lever for TVL on Fantom.

Also Read: Abracadabra Money, SPELL, Magic Internet Money: What Are They And Are They Worth Investing In?