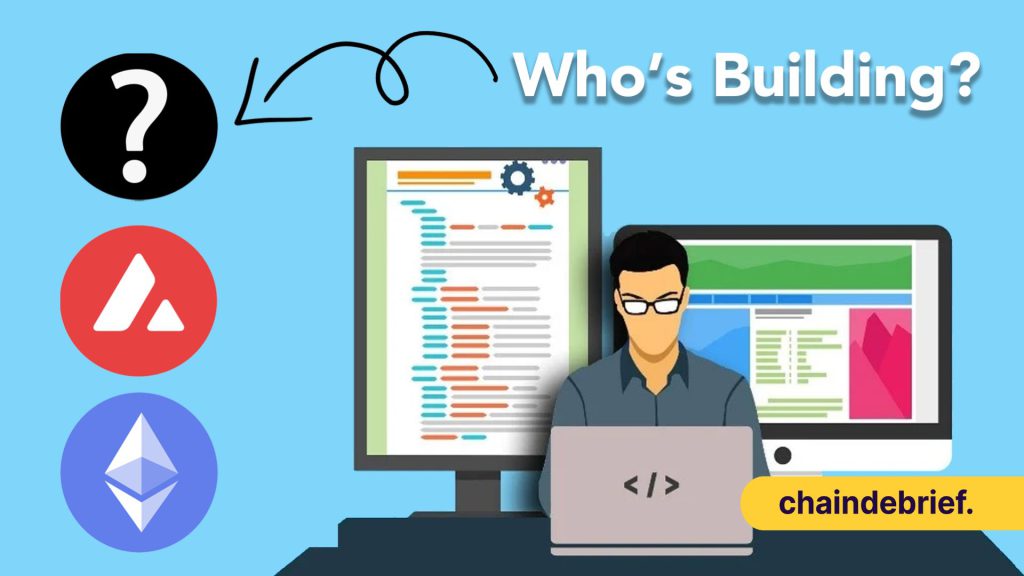 In the bear market, both protocols and networks are still hard at work. Despite the Ethereum merge coming up, however, the Layer 1 ranks outside the top 10 by Github commits.

Also Read: Project Strength: Which Blockchain Has The Highest Developer Count, And Why It Matters

While the bull market brought about TVL-based valuations , the bear has dragged these “fundamentals” far away.

Instead, projects are being evaluated on their ability to generate revenue and build throughout a depressed market.

Last year, a report was published by Electric Capital which analyzed up to 500,000 unique code repositories.

It highlighted Ethereum as having the highest developer count, and also showed the Polkadot and Solana ecosystems fighting to gain market share.

The increase in active developers also mirrored a price increase with tokens related to the project.

While too early to imply correlation, a “valuable network attracts developers down the road.”

In fact, developer count is one of the long-term metrics involved in defining whether a project’s long-term roadmap is sustainable.

Ethereum’s not at the top – that much is clear by now.

But if not Vitalik’s brainchild, then who?

Surely, it has to be one of the top competing Layer 1s. Maybe Avalanche, Solana or Fantom are gunning for the spot?

Or one of the many Layer 2s riding the Ethereum wave? Polygon with it’s major partnerships, Arbitrum with Nitro, or Optimism with it’s airdrop?

Try as you might, you likely got it wrong.

According to Cryptmiso, the protocol with the most Github commits recently has been ICP (Internet Computer).

Since May this year, it has averaged 125 commits a week. Commits are a command “used to save your changes to the local repository”, essentially finalizing a change in a protocol’s code.

While strong developer activity would imply a project building heavily, there is a lot of bias in such measurements.

For example, established projects such as Ethereum are likely to have lower developer activity. Their Github commits may also face some downtime due to a lack of events or major changes coming up.

In the same period where ICP managed to eke out a top spot in Github commits, its token fluctuated, rising 100% before falling back close to the lows.

However, these prices were more likely following the general crypto market than anything. Instead of developer activity being a strong driving force, it would seem most altcoins still follow the trend of Bitcoin and Ethereum.