A new alternative financial system has gained tremendous traction in the past year, with rapid growth both in terms of new money injected as well as a rise in the amount of users.

Called decentralized finance (DeFi), it represents a paradigm shift of finance, designed to be decentralized and equitable free from central intermediation. Built on blockchain technology, DeFi unlocks novel financial models and structures that facilitate yield generation not seen before in the conventional financial system.

In the DeFi world, users are able to generate annual percentage rates (APR) upwards of 10% for staking their stablecoins, which are equivalent to risk-free financial instruments in the real world.

In comparison, the average interest rate for a typical bank savings account stands at approximately 0.05% per annum. It is therefore no surprise that many are jumping on the DeFi bandwagon to capitalize on the healthy yields on offer.

Although there are numerous opportunities for investors to generate healthy yields in the DeFi space, it is also vital to understand the risk that entails in this new space.

For starters, yield farming protocols — which are popular platforms focused on optimizing yields — have exhibited some patterns of price depreciation (or “dumping”) at the start of the protocol’s lifecycle.

In fact, the high yields on offer may not be sustainable, and could reduce your returns in the long run. Let us explore why this is the case.

What is yield farming?

Yield farming is currently the largest driver of growth for the whole of DeFi. It refers to the encumbrance (or “staking) of users’ assets on DeFi protocols to earn rewards.

It is a win-win situation for the user (called “liquidity provider”), who employs capital to the protocol in the pursuit of earning rewards, as well as the protocol, which benefits from a higher pool of liquidity to operate. The rewards that is due to the liquidity provider usually is derived from the following sources:

What is a DeFi yield farm?

DeFi yield farms, also colloquially known as yield aggregators, are a class of DeFi protocol that has the main focus of optimizing users’ yields. It allows users to earn more than what they would normally earn in the native pools they’re supplying liquidity to.

For instance, supplying liquidity to a liquidity pool in a DEX like Uniswap only confers rewards in the form of a share of transaction fees. Users can actually stake the liquidity pool (LP) tokens of Uniswap – which is generated after providing liquidity to Uniswap – in DeFi yield farms to boost their earnings and earn additional rewards in the form of native tokens on top of the transaction fees. Some of these yield farms offer automated compounding, allowing users to passively sit back without manual intervention while their underlying position increases as a result of the constant compounding.

These yield farms are also called aggregators since they aggregate existing liquidity pools from DEXs. New yield farms would offer extremely attractive APYs to incentivize users to stake their underlying LP tokens (which is generated after providing liquidity on other DEXs) into the protocol, with the rewards tapering once there are more users and more LP tokens locked. However, it is vital to understand the token economics (tokenomics) of the yield farm to assess the sustainability of the APRs on offer.

In order to incentivize capital and liquidity providers into their protocol, DeFi yield farms would usually employ an inflationary schedule for their native tokens. This means that whenever a user stacks their liquidity on the DeFi yield farm, the core rewards that will be given to the user is manifested as the native tokens of the protocol.

The minting of new tokens on the protocol will directly be distributed to liquidity providers, who can choose to compound their earnings or sell away the native tokens in the open market to actualize their rewards in another currency.

The rewards will be represented in a metric known as annual percentage rate (APR) or annual percentage yield (APY). As a result, many yield farms are inflationary in nature and do not have a fixed cap. Since the inflation of the token supply is directly attributed to the incentivization of liquidity providers, it is obvious that there would generally be strong asset devaluation over time.

That is why DeFi yield farms have evolved to integrate a wider scope of utility for their native tokens as well as establishing mechanisms to curb inflation by way of introducing features that burns coins. For instance, Pancakeswap is known to employ a wide variety of mechanisms to burn their coins to mitigate against the inflationary nature of the tokens for the pursuit of price stability.

An example of a deflationary mechanisms employed by Pancakeswap, the leading yield aggregator in Binance Smart Chain (BSC) include the launch of the their widely popular lottery raffle, where users can stand a chance to win CAKE (native token of Pancakeswap) that has been pooled by lottery participants and 20% of every pooled CAKE in the lottery is burned.

However, there is a general trend of strong selling pressure in yield farms at the start, when the utility of the native token is limited and deflationary mechanisms has not been implemented. In other words, prices for DeFi yield farms tend to dump at the start when liquidity providers are essentially given elevated rewards in free native tokens for initial participation.

Let us take a look at the price action of various DeFi yield farms that succumbed to the huge selling pressure at the initial stages of launch.

Pancakeswap, which initially launched as a yield farm and now has evolved to the biggest DEX in BSC, initially suffered a 65% crash in prices in the first few days of its launch, and thereafter consolidated at a quarter of its initial launch price for a couple of months.

After Pancakeswap launched various products and services that had an in-built deflationary mechanism, like their lottery and Initial Farm Offering (IFO) platform, their token recovered and had an upward trajectory with an all-time high of $43!

Harvest Finance, one of the first yield farms on the Ethereum blockchain, experienced a price crash of more than 80% after launch, resulting in a drop from $421 to sub-$80 in a matter of days. Prices did not recover until a couple of months later.

One of the most recent yield farm that generated fanfare within the Polygon blockchain network was Dinoswap, which is a yield farm that is backed by several prominent venture capital in the space.

Although prices went on a tear in the first few weeks, the lack of token utility caused a strong selling pressure that resulted in the depreciation of its price by more than 92%.

How to Protect Yourself from Yield Farms with Strong Sell Pressure

The core mechanism around DeFi yield farms is the inflationary token schedule of the protocol, which is an understandable trait given its focus on incentivizing liquidity providers like you and me.

It is much harder for inflationary tokens to retain its value as compared to fixed-supply tokens like Bitcoin (BTC) that possess scarcity. That is why it is all the more important to analyze the tokenomics of the yield farming tokens, namely;

Do not jump onto the FOMO bandwagon without the utmost due diligence process, especially with regards to DeFi yield farms that has become an important component within the DeFi infrastructure.

Read also: Here Are Some Lessons I Learnt From Yield Farming 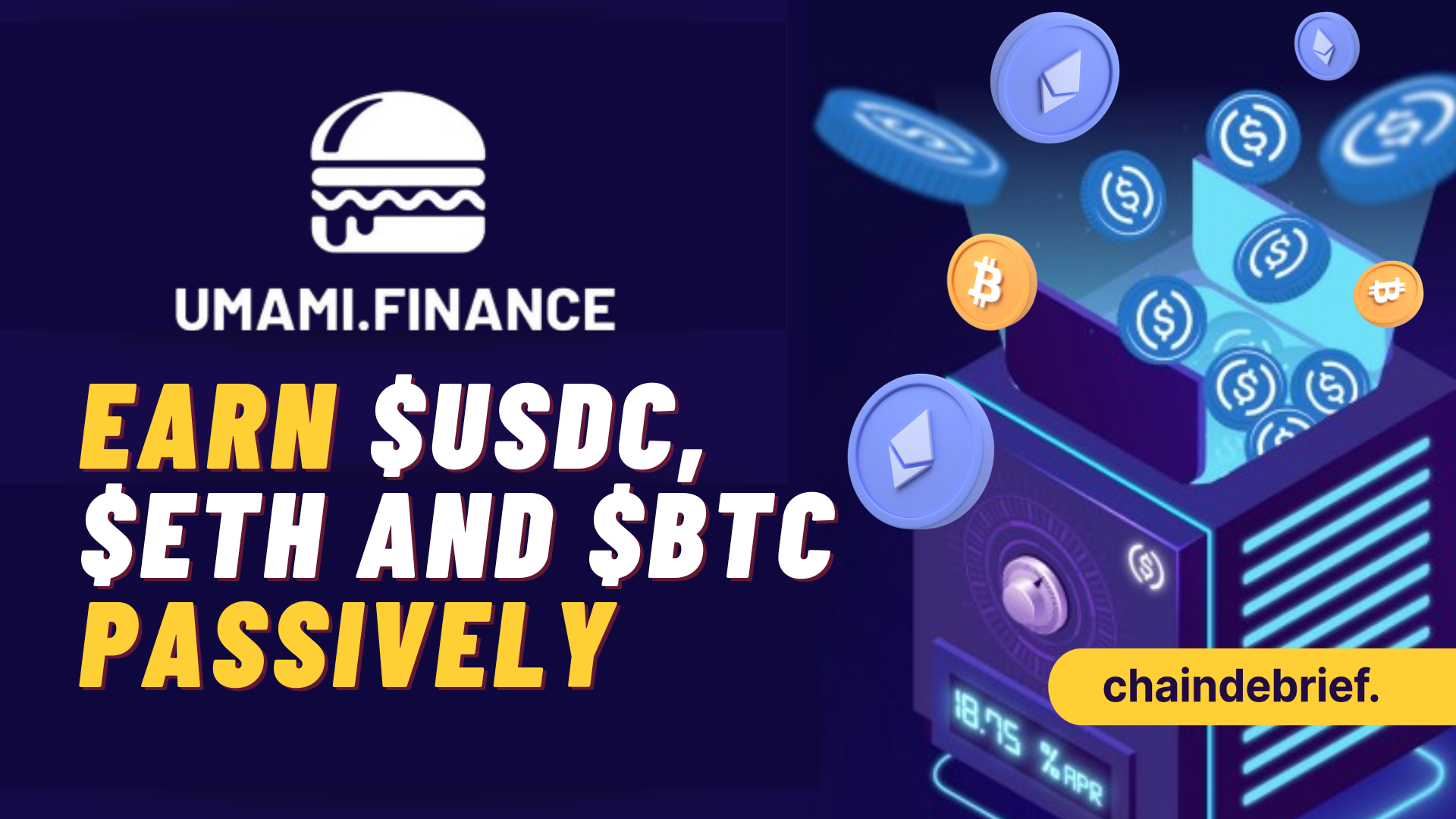 What Is Umami Finance? How You Can Earn ETH And USDC Passively
Joel Zhao • 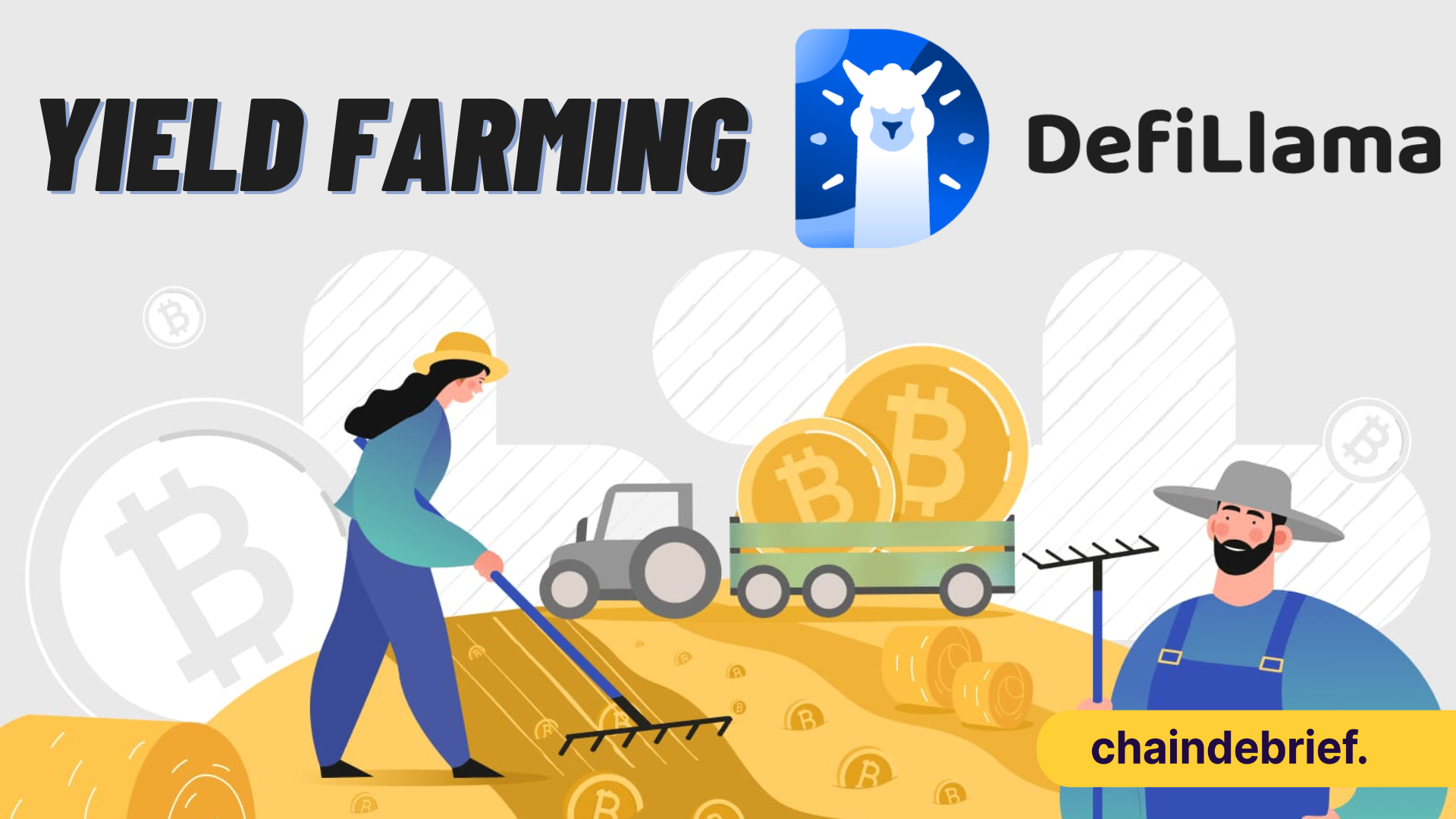 DeFiLlama Just Dropped A Game Changer, Here’s 4 Ways To Capitalize On Them
Yinliang •